A program of the Association for Public Art (aPA), Museum Without Walls: AUDIO is an innovative and accessible outdoor sculpture audio program for Philadelphia’s preeminent collection of public art. A “multi-platform” interactive audio experience – available for free by cell phone, mobile app, audio download, or on the web – Museum Without Walls: AUDIO offers the unique histories that are not typically expressed on outdoor permanent signage.

Unlike audio tours that have a single authoritative guide or narrator, each speaker featured in Museum Without Walls: AUDIO is an “authentic voice” – someone who is connected to the sculpture by knowledge, experience, or affiliation. The program includes more than 75 audio programs featuring over 160 unique voices, including artists, educators, scientists, writers, curators, civic leaders, and historians.

Each Museum Without Walls: AUDIO program compliments the viewer’s experience of outdoor sculpture with a story that is as unique as the artwork it describes, featuring different voices, themes, and production styles, produced by award-winning public radio producers and journalists. Programs explore personal and cultural connections to the art, while offering insights into the artists and their processes, what the sculptures represent, the history surrounding the works, and why the pieces were commissioned and installed at specific sites in Philadelphia.

Dialing instructions for accessing the program by phone are attached to the signage at numerous stops for sculptures throughout Fairmount Park and Center City, and a map listing all of the artworks in the program is available on our website or at local visitor centers in Philadelphia.

Each program in Museum Without Walls: AUDIO is told from a variety of perspectives and viewpoints. Over 150 unique voices are featured, including artists, educators, civic leaders, scientists, writers, curators, historians, and family members of those responsible for commissioning or creating the artwork.

Voices featured in the program:

All Wars Memorial to Colored Soldiers and Sailors (1934) by J. Otto Schweizer:

Benjamin Franklin Parkway (In honor of the Parkway 100 centennial celebration)

Government of the People (1976) by Jacques Lipchitz:

The Labor Monument: Philadelphia’s Tribute to the American Worker (2010) by John Kindness:

The Mounted Amazon Attacked by a Panther (1839) by August Kiss, and The Lion Fighter (1858) by Albert Wolff:

Pavilion in the Trees (1993) by Martin Puryear:

The Pilgrim (1904) by Augustus Saint-Gaudens:

The Washington Monument (1897) by Rudolf Siemering:

Stream or download audio and view audio slideshows using our interactive map, gallery, or list of sculptures featured in the Museum Without Walls: AUDIO program. 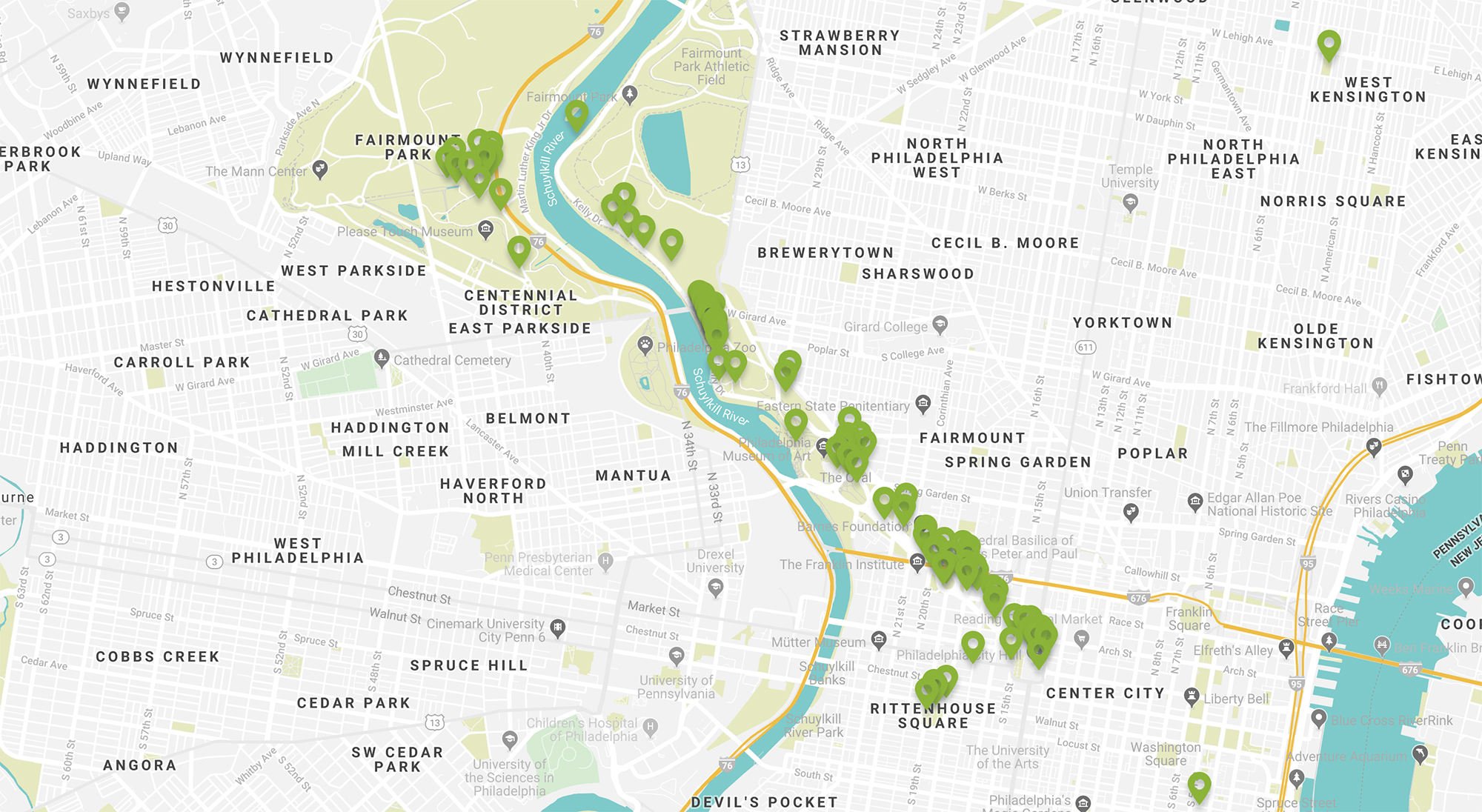 Download or stream Museum Without Walls: AUDIO programs on your mobile device. Search by artist, title or stop number. Available for free on iPhone and Android! 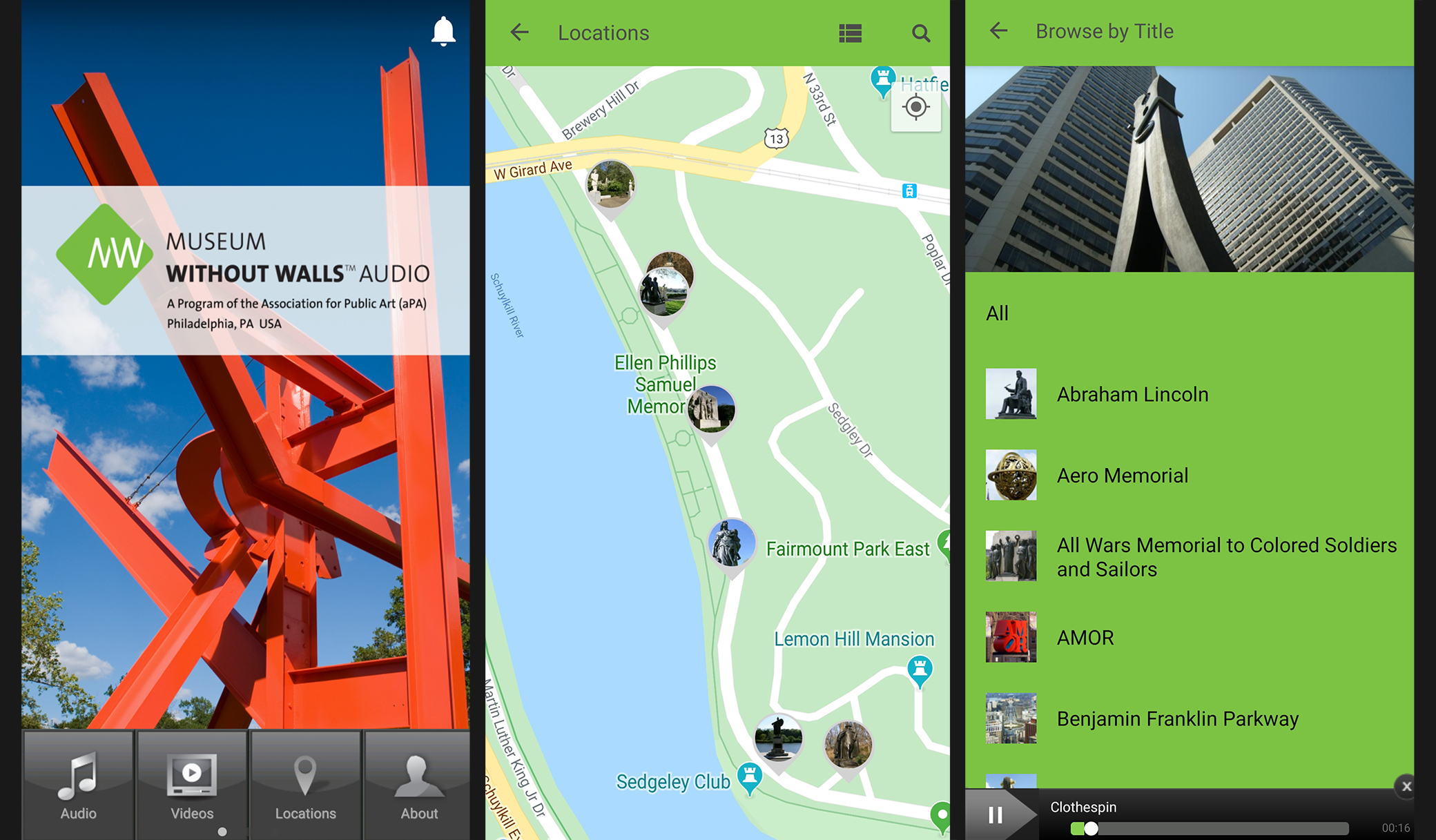 On the street or in the park, call 215.399.9000 and enter the stop number located on the sculpture sign or Museum Without Walls: AUDIO brochure. 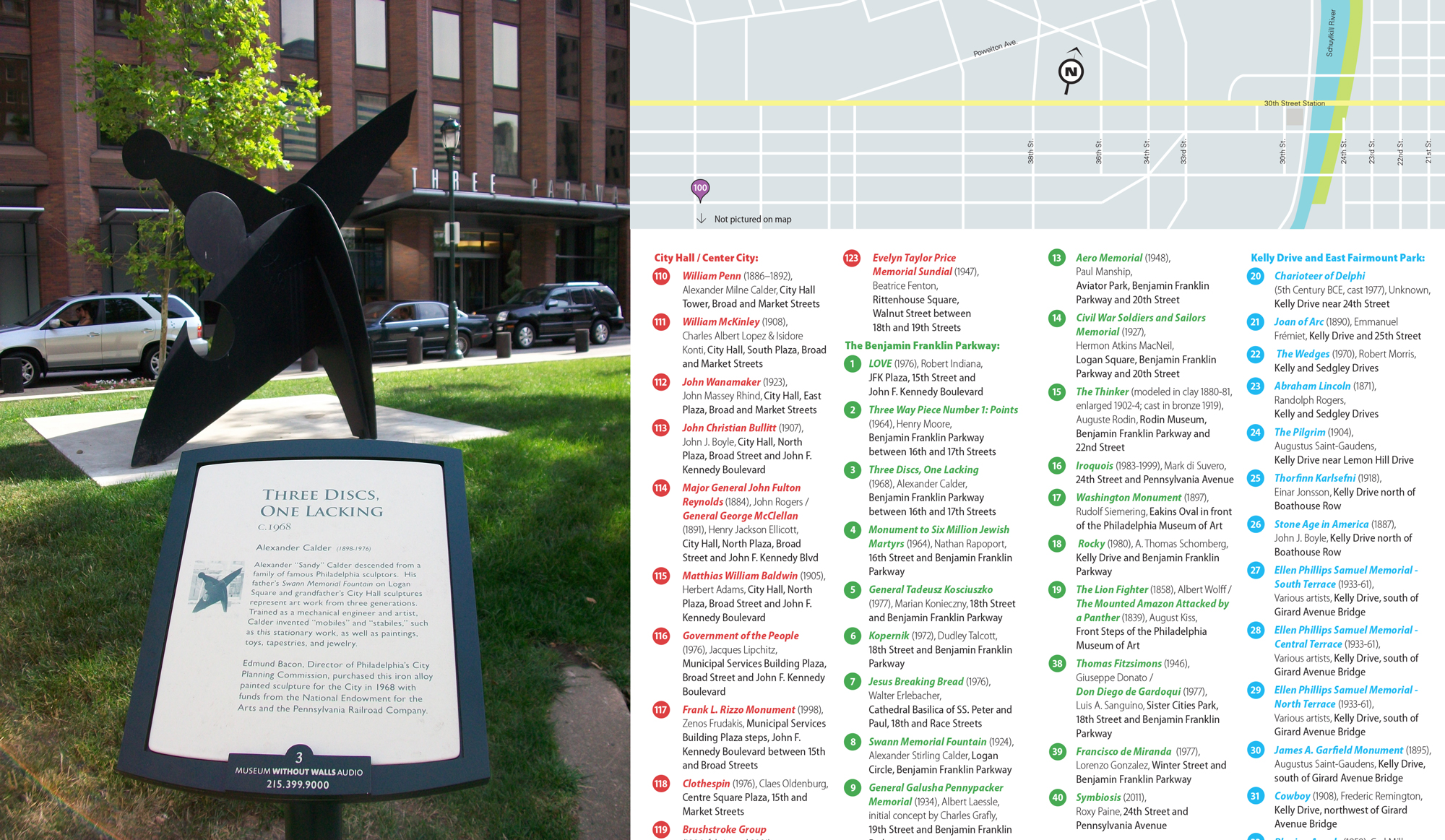 Museum Without Walls: AUDIO is a collaborative project of the Association for Public Art (formerly the Fairmount Park Art Association) and Philadelphia Parks & Recreation, and was developed in partnership with local institutions and stakeholders, and an outstanding team of consultants and audio producers working with experts in history, documentary studies, media, and folklore. The program features over 150 diverse voices.

Music on All Wars Memorial for Colored Soldiers and Sailors

Music on Stone Age in America

These public art lesson plans are designed to accompany the Museum Without Walls: AUDIO slideshows on this website, which are also on Vimeo and YouTube. The lessons have been developed as a six-part unit, beginning with an introduction to public art, which can be taught over five one-hour class periods.

The unit is organized so that lessons may be paired together enabling students to visualize historical trends and changes in public art. Lessons can also be used separately. They are aligned with the Pennsylvania standards for 4th and 5th grade students.

An Introduction to Public Art