General Meade commanded the Union Army of the Potomac during the Civil War, and is best known for defeating General Robert E. Lee at the Battle of Gettysburg in 1863. Meade also served as military governor for the Georgia district during Reconstruction, and a commissioner of Fairmount Park. He is responsible for designing many of Fairmount Park’s drives, walks, and bridle paths.

Following Meade’s death, the Fairmount Park Art Association (now the Association for Public Art) initiated a campaign to finance an appropriate memorial. Though fundraising was slowed by Jay Cooke’s September panic of 1873 and competition from the Centennial, the Meade Memorial Women’s Auxiliary Committee finally raised the balance and a competition to select an artist began. The artist chosen was Alexander Milne Calder, sculptor of William Penn atop Philadelphia’s City Hall.

Calder based his rendering of Meade on his own memory, photographs, and the recollections of family members and friends. In 1887, over thirty thousand people watched Meade’s grandsons unveil the Meade statue, which was Calder’s first large-scale bronze and the first major commission project of the Association. General Meade and his horse “Baldy” continue to gaze out across the park landscape in the direction of Laurel Hill Cemetery where Meade was buried.

James Mundy is the Director of Library and Historical Collections for The Union League of Philadelphia, a civic organization that was founded during the Civil War to preserve the Union.

Rob Armstrong is the Preservation and Capital Projects Manager for Philadelphia Parks & Recreation, where he works on projects related to historic preservation and park improvements.

Michael Panhorst is the Curator of Art at Montgomery Museum of Fine Arts in Alabama. He is the former Director of Chesterwood, the studio of Daniel Chester French, now a National Trust Historic Site. 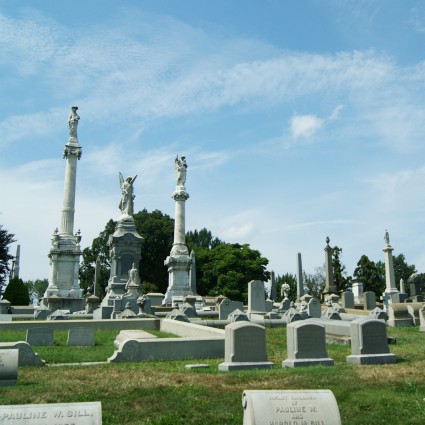 General Meade Restored in Honor of Battle of Gettysburg Anniversary