Standing in mysterious convocation, the eight wedges form a rounded square on the grass near Kelly Drive. The artist, Robert Morris, has always been interested in problems of perception and is widely known for his “earthworks,” as well as for his involvement in the conceptualist and minimalist movements.

After exhibition at London’s Tate Gallery in 1972, The Wedges was purchased by Mr. and Mrs. H. Gates Lloyd, who donated the sculpture to the Fairmount Park Art Association (now the Association for Public Art) in 1984. It was installed along Kelly Drive in 1985. Four curved pieces of steel form the corners of the square; four smaller straight pieces fill in the sides. From certain angles the work seems to float on the landscape, and the interior presents a mysterious locus from which the surrounding environment emanates.

Robert Morris (1931-2018) was an American sculptor, conceptual artist, writer, and an exponent of Minimalist Art.

Nena Tsouti-Schillinger is an art historian and the author of the book Robert Morris and Angst. 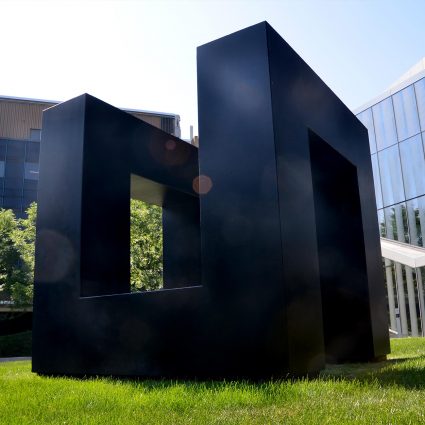 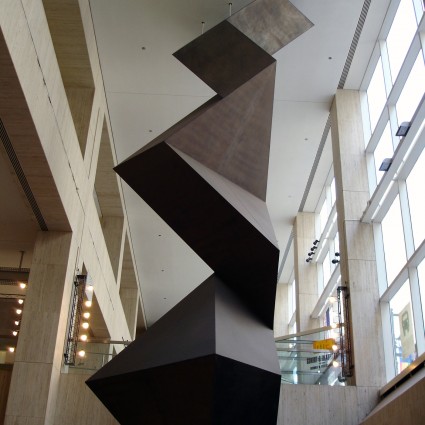 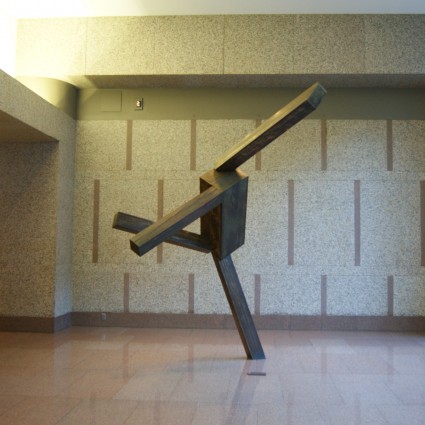