By bringing the stoops to the Canal, we hope to bring the language of the community to the Canal

Manayunk Stoops: Heart and Home consists of nine mosaic “stoops” that enhance and interpret the physical and natural environment of the Manayunk Canal Towpath. The artwork includes imagery inspired by the native flora, fauna, and industrial heritage of the Manayunk area. The stoops, situated in five sites between Lock and Cotton Streets, serve as seating elements along the Canal and are an interpretation of the front steps and entryways that mark the neighborhood’s architecture and street life.

The artist selected the stoop motif as a “symbol of interaction and community.” Residents of Manayunk, like those in many Philadelphia neighborhoods, traditionally sit on their front stoops to socialize. “By bringing the stoops to the Canal,” says Pieri, “we hope to bring the language of the community to the Canal. The stoops are unpretentious yet meaningful reflections of the people and social customs in Manayunk.” As a metaphor for the ascension of the community, Pieri’s Stoops also relate to an existing staircase that runs from the bottom to the top of the hill.

Manayunk Stoops was commissioned through the Fairmount Park Art Association’s (now the Association for Public Art) ongoing program New•Land•Marks: public art, community, and the meaning of place. Artists Diane Pieri and Vicki Scuri developed an initial project proposal for the site by meeting with community groups including the North Light Community Center, the Manayunk Development Corporation, and Venice Island Playground Community Council. They investigated the Canal, neighborhood, local history, industry, and culture. With the North Light Community Center, Pieri led several community workshops where children shared stories, memories, and reflections of their experiences growing up in the neighborhood. Pieri has also revitalized a mural along the Towpath to complement Manayunk Stoops.

Diane Pieri is a Visual Artist who received a BFA from Temple University’s Tyler School of Art in 1969.  She has had 30 solo exhibitions and been included in 200 national and international group exhibitions since 1969. She has been the recipient of two Pollock-Krasner Grants (1999/1992), two Independence Foundation Fellowships in the Arts (2001/2011), and a Pennsylvania Council on the Arts Grant (1992). She was included in the 2005 Philadelphia Invitational Portfolio, Philagrafika. She has been a fellow at Yaddo (1991) and The MacDowell Colony (1990).

In 1990 Pieri was also an Artist-in-Residence at Mark di Suvero’s Socrates Sculpture Park where she created a 15 ft. sculpture made of rusted and gold leafed can lids. In 2006 Pieri’s public art project, Manayunk Stoops: Heart and Home, a series of 9 seating elements fabricated in Italian tesserae, was installed along the Manayunk towpath through the Association for Public Art’s New Land Marks Program.

Her work can also be seen on www.dianepieri.com and www.inliquid.com.

Diane Pieri is the artist who created Manayunk Stoops: Heart and Home. She is a teaching artist at the Philadelphia Museum of Art and the Barnes Foundation, and founder of the Cooke Museum of Art.

Kay Sykora is Director of the Schuylkill Project and a long-term resident of the Manayunk area.

Jeremy Eric Tenenbaum was Designer and Marketing Coordinator for Venturi Scott Brown and Associates, Architects and Planners. The firm (now VSBA) has been located on Main Street in Manayunk since 1980.

…the City of Philadelphia replanted the banks of the Towpath to protect it from erosion and provide a buffer zone for wildlife habitat.

The Manayunk Development Corporation (MDC) encourages healthy economic development to benefit all segments of the Manayunk community. Founded in 1985 by a coalition of business and community leaders in response to the decline of the neighborhood’s commercial district and other evidence of community disinvestment, the MDC has been instrumental in Manyunk’s economic revitalization.

In conjunction with Manayunk Stoops and as part of a larger reclamation effort, the City of Philadelphia replanted the banks of the Towpath to protect it from erosion and provide a buffer zone for wildlife habitat. The Towpath, used by over 500,000 walkers, runners, and bikers every year, is part of the Schuylkill River Trail linking Center City Philadelphia to Valley Forge National Historic Park. Across the Canal, Lower Venice Island is currently scheduled for redevelopment. 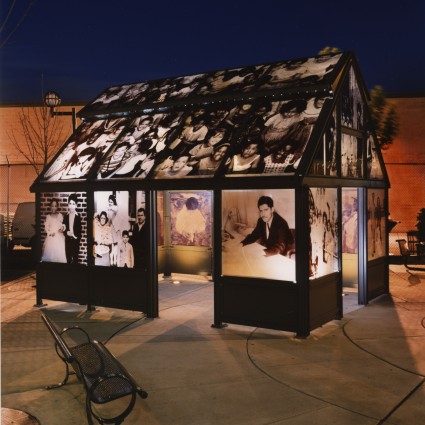 I have a story to tell you… full content