The artist was struck by the similarity between Thoreau’s values and those expressed by the park community: as Levine puts it, Thoreau “saw and expressed the dynamic relationship between culture and nature.” The project features a series of wooden structures, “between sculpture and architecture” that explore different aspects of humanity’s relationship to nature. Located at different sites in the park, the structures are integrated into the educational programs of the Pennypack Environmental Center but also invite independent exploration.

The first structure, Thoreau’s Hut, emphasizes humans’ place within the natural world. Echoing the dimensions of Thoreau’s cabin at Walden Pond in Massachusetts, the structure is open to the elements and contains seating and a “symbolic hearth” to represent the hearth in Thoreau’s cabin. At another site nearby, three Benches place visitors in a social and personal relationship to the park. Facing one another, the Benches suggest a family. Two of the three Benches are relatively big for their intended occupants, Levine explains, making “the sitter aware of the scale of the body in contrast to the surroundings.” Finally, a Bird Blind encourages visitors to investigate human relationships with other animal life. To convey both our connection with and our separation from other creatures, Levine used two structural systems for the Bird Blind: the interior or “human side” reflects standard architecture, but the exterior is woven like a nest. “The two systems,” he notes, “establish the different worlds we inhabit and the means through which we form these worlds.”

Directions by Car: Park at the Pennypack Environmental Center on 8600 Verree Road. The Bird Blind is to the left before you approach the Center. Once you reach the Center, take a right. Take the upper hiking trail (not the path along the river). Walk 10-15 minutes to reach the Benches on your left. Continue along the path an additional 10-15 minutes to Thoreau’s Hut on your right (after crossing a small bridge). 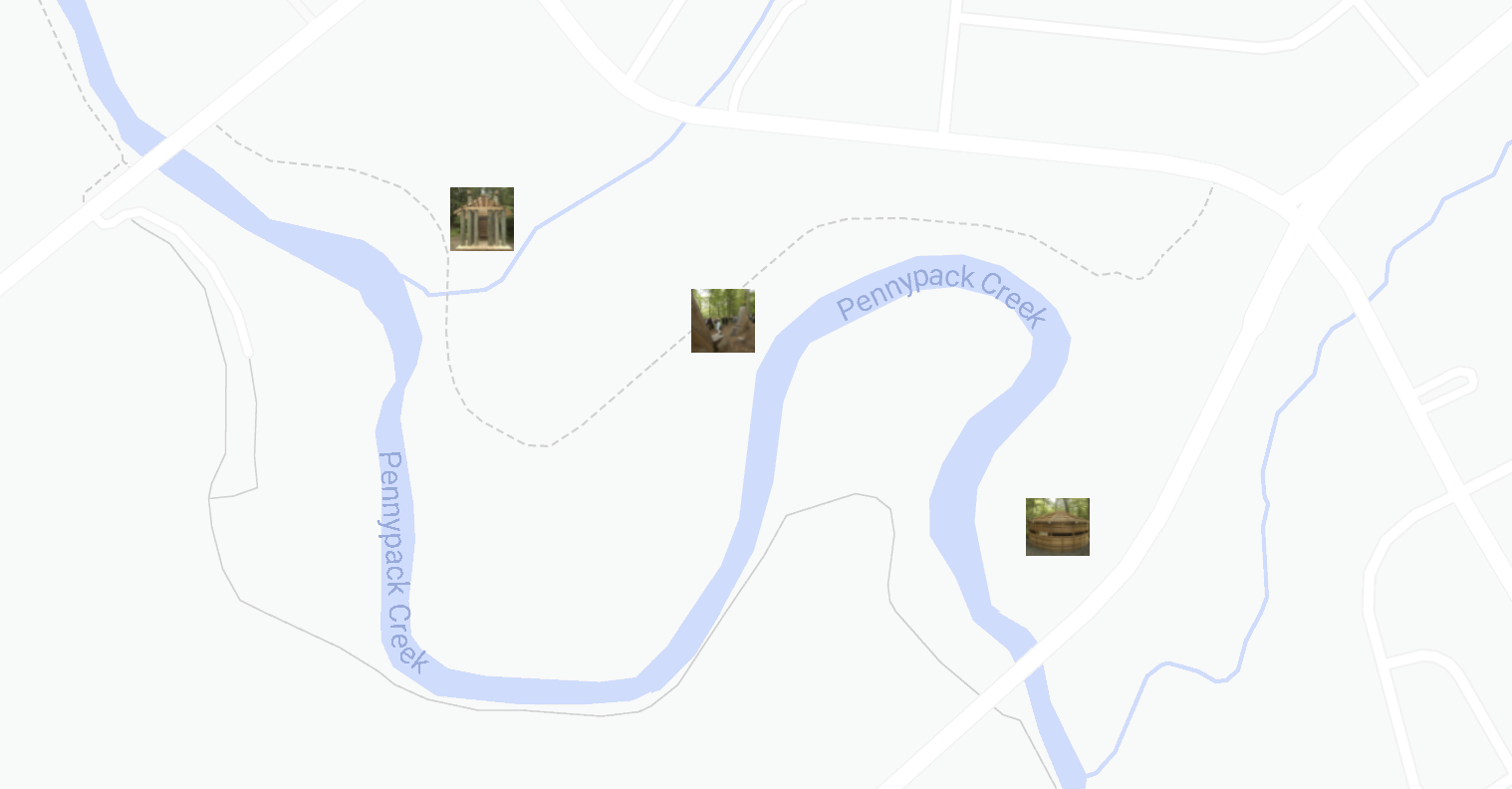 Ed Levine had a long and distinguished career as an artist, thinker, and educator. On his farm in Vermont, he built a series of works that he called Vermont Settlement: A Conversation between Art, Water and the Land. Settlement served as a laboratory for his constructions, which use active water features to explore the physical and kinetic properties of air, landscape, and water. These structures heighten the viewer’s awareness of the interconnectedness of water with our lives and the landscape.

Levine taught at the Massachusetts Institute of Technology, where he formerly served as director of the Visual Arts Program. He exhibited in many museums and other venues throughout the United States, including the Southeastern Center for Contemporary Art in Winston-Salem, North Carolina; the Atlanta Arts Festival; the Artists Space in New York; and the Minneapolis College of Art and Design. His Floating Rocks: Looking into Time was commissioned for Pusan, Korea.

Tucked Away and Worth the Trek: Hidden Gems in Philadelphia