Poet Stephen Berg and visual artist Tom Chimes describe Sleeping Woman as a “choral voice rising out of the site.” The collaborative work was created specifically for this location and was commissioned in 1989 by the Fairmount Park Art Association (now the Association for Public Art) with support from The Pew Charitable Trusts.

Sleeping Woman is composed without punctuation, much like ancient Greek performance texts.

The artwork was installed in 1991, and begins near Frederic Remington’s Cowboy and ends near Carl Milles’ Playing Angels. The 1,125-foot line of text, painted on top of the stone retaining wall that separates the Schuylkill River and the grass bank of Kelly Drive, was applied with a series of polyurethane coatings so that the words “emerge” from the stone. Depending upon the variable light and the angle of the observer, the letterforms appear and disappear. The center of the text is marked by the word “RIVER.”

Sleeping Woman is composed without punctuation, much like ancient Greek performance texts. Berg, who wrote the text specifically in response to its site in Fairmount Park, saw the line as “a long breath of speech,” and Chimes described it as a “legible whisper; its surface will mirror the weather…the line will be part of the landscape.” Unlike a book or poem, the line speaks to the reader from the ground. Berg gives voice to many authors and sources (in order of appearance in the line) including: Sophocles from Oedipus Tyrannus, Thoreau from Walden, Buson’s haiku, Yeats’s letters, various fragments from Sappho, poems by Emily Dickinson and Wallace Stevens, Buber’s Tales from the Hassidic Masters, Pound’s Cantos, and calligraphy from the Japanese Teahouse in the Philadelphia Museum of Art. Berg and Chimes requested that the full Sleeping Woman text not be published, so that only by experiencing the work along the river can it be enjoyed.

A few months after the project was completed, a 200-foot section of the wall unexpectedly sank into the river. Berg observed that the collapse embodied a major theme of the text: the power of nature and the transformation of life. In a 2010 interview with Berg and Chimes, Berg reveals that the artists wanted Sleeping Woman to be something ephemeral, as in nature: “If you just observe nature, even in a casual way, you can see how impermanent things are. Right? They die, they grow, because it’s everybody’s fate. So we thought we would try to limit its lifetime, so to speak, and in that sense, make it a part of nature. When we commissioned the company in the Midwest to create a glaze for the letters, we said we don’t want it to last more than 15 years. And the thing is still out there. But I’m glad it’s there, I am.”

Elizabeth Scanlon is a poet and an editor of The American Poetry Review. 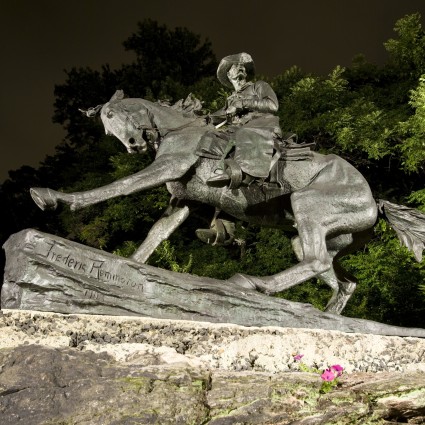