Billy, inspired by and rendered after a family goat, was one of several animal studies that Albert Laessle created. Laessle’s work portrayed animals so realistically that he was accused by fellow students and art jurors of casting directly from life. He silenced his critics by making a similar sculpture in wax, a material that could not easily be cast.

Billy was given to the City of Philadelphia by Eli Kirke Price II through the Fairmount Park Art Association (now the Association for Public Art), and was installed in 1919 to the delight of the many children who have frequented Rittenhouse Square since that time. A later sculptural group of Pan, Dancing Goat, and Duck and Turtle (c. 1928) is installed in Camden, New Jersey, in a park in front of the Walt Whitman Center, formerly a public library.

In 2018, the City’s Office of Arts, Culture and the Creative Economy (Creative Philadelphia) oversaw the conservation of the artwork. After a century of being climbed on and exposed to the elements, the bronze sculpture began to wear thin in certain areas. A new cast of Billy was installed in September 2018, and the original work will be moved indoors to the children’s room of the Philadelphia City Institute library branch in Rittenhouse Square. Read more here.

Philip Price Jr. is the grandson of Eli Kirk Price II, who was responsible for purchasing Billy for installation in Rittenhouse Square. 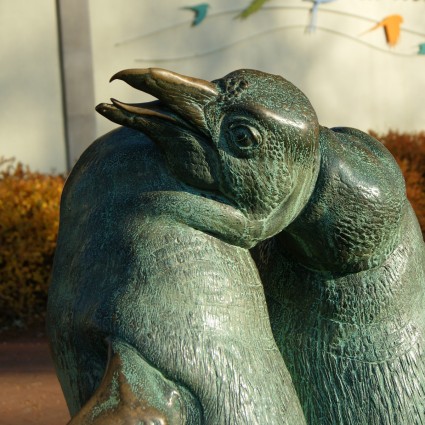