Augustus Saint-Gaudens was one of the most influential and successful artists of the late nineteenth century. His James A. Garfield Monument was installed along East River (now Kelly) Drive in 1895. The Puritan, the first version of The Pilgrim, was commissioned by Chester W. Chapin as a monument to one of the founders of Springfield, Massachusetts—Deacon Samuel Chapin (1595–1675). The New England Society of Pennsylvanians asked Saint-Gaudens to make a replica of The Puritan for the city of Philadelphia.

For the later commission Saint-Gaudens made some changes in the figure’s dress and adjusted the facial characteristics to represent a New England type: “For the head in the original statue, I used as a model the head of Mr. Chapin himself, assuming that there would be some family resemblance with the Deacon, who was his direct ancestor. But Mr. Chapin’s face is round and Gaelic in character, so in the Philadelphia work, I changed the features completely, giving them the long, New England type, besides altering the folds of the cloak in many respects, the legs, the left hand, and the Bible.” The Pilgrim was originally placed on the South Plaza of City Hall but was relocated to its present site in 1920.

Joe Conforti is author of Imagining New England: Explorations of Regional Identity from the Pilgrims to the Twentieth Century.

Gregory Schwarz (1951-2020) was the Chief Interpreter at the Saint-Gaudens National Historic Site in Cornish, New Hampshire. 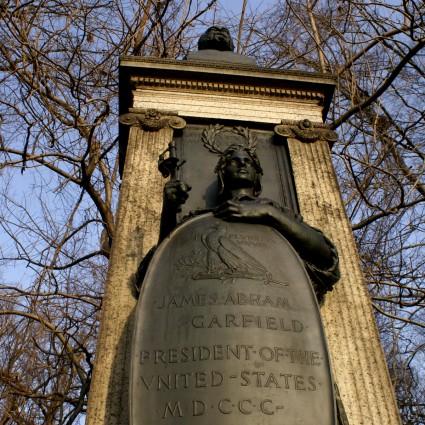 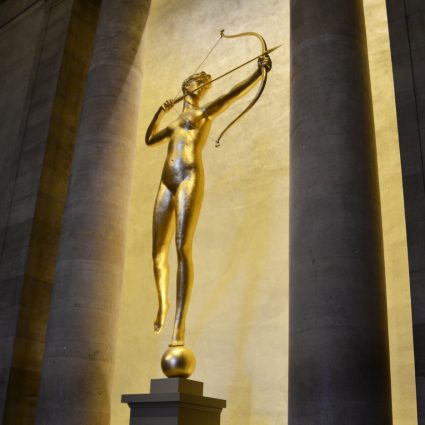