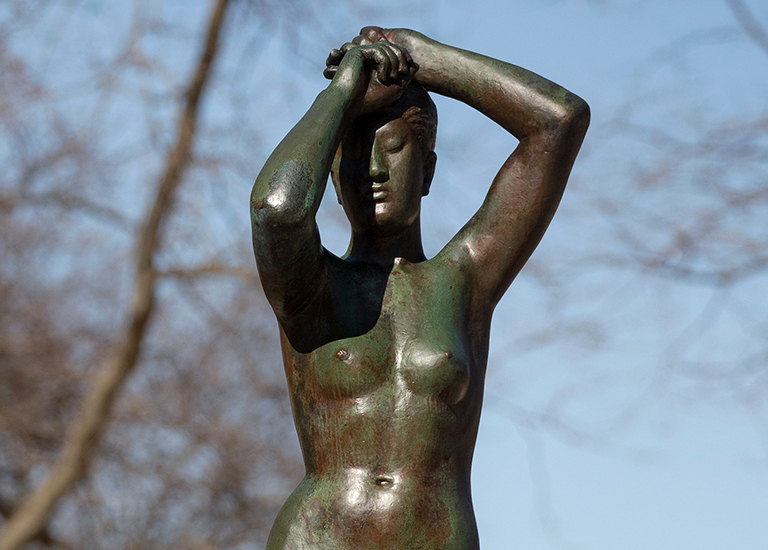 After years in storage, Gerhard Marcks’ Maja (1942) was placed in a new park on the Benjamin Franklin Parkway, Maja Park. The Association purchased Maja in 1949 and had been waiting for the right opportunity to reinstall the work, which once stood atop the Philadelphia Museum of Art steps. 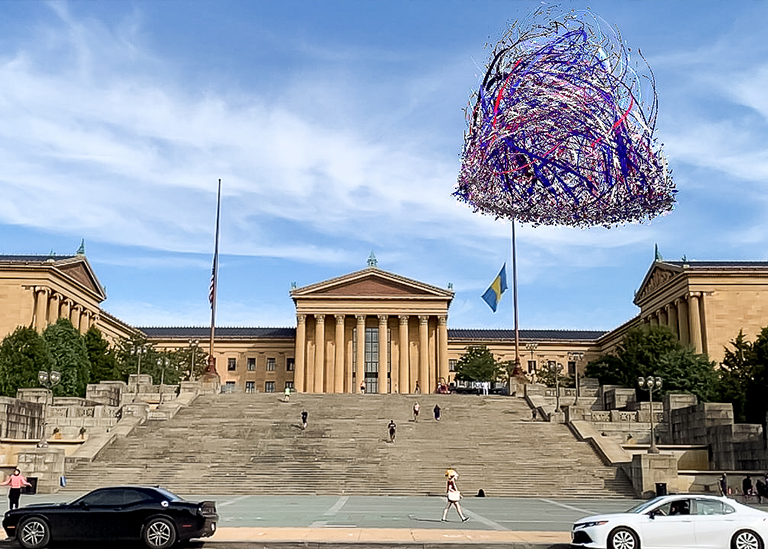 Liberty Bell is an augmented reality public art project by Nancy Baker Cahill on view in six U.S. cities, including Philadelphia. Download the free 4th Wall app and head to the steps of the Philadelphia Museum of Art to experience the animation. 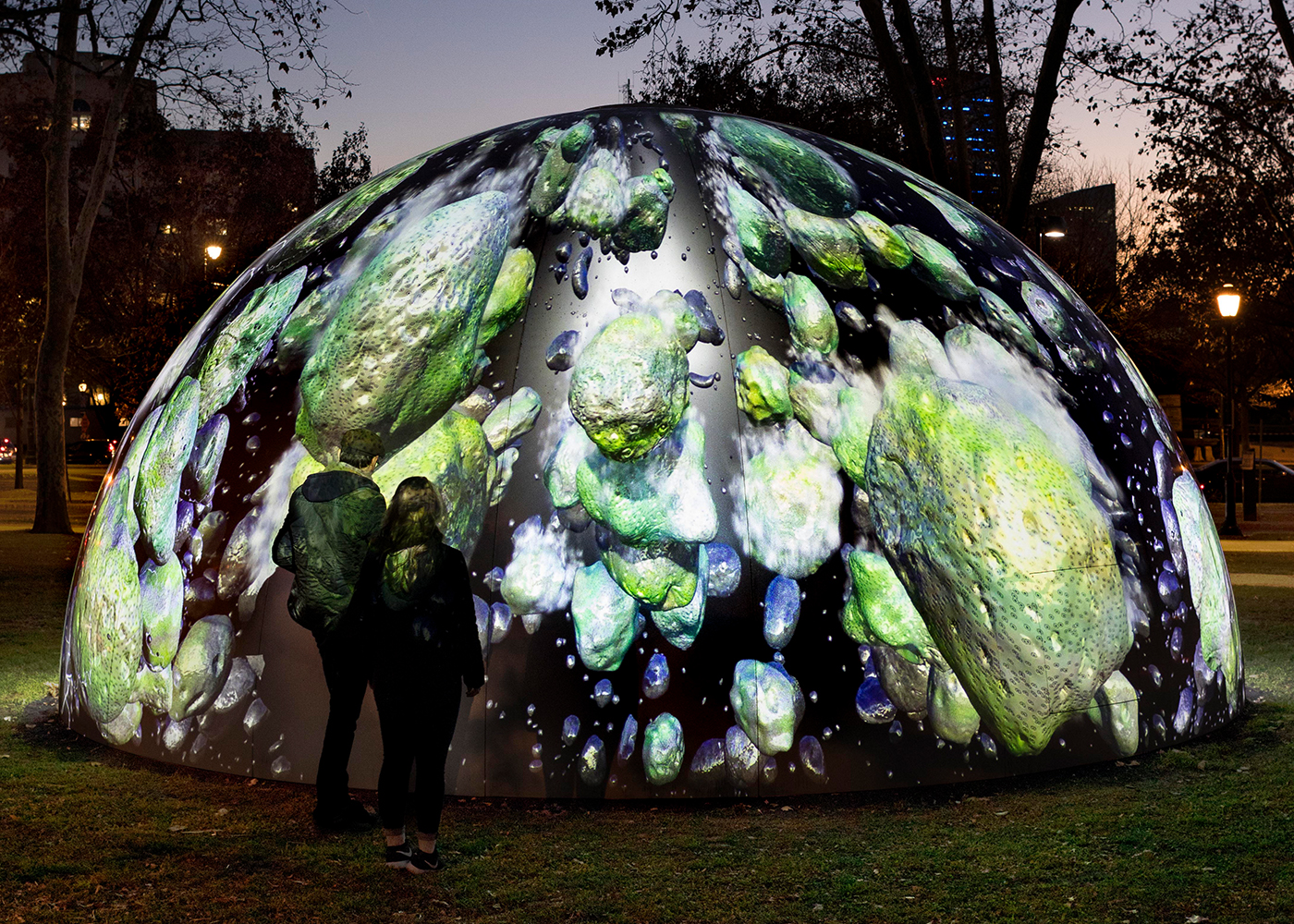 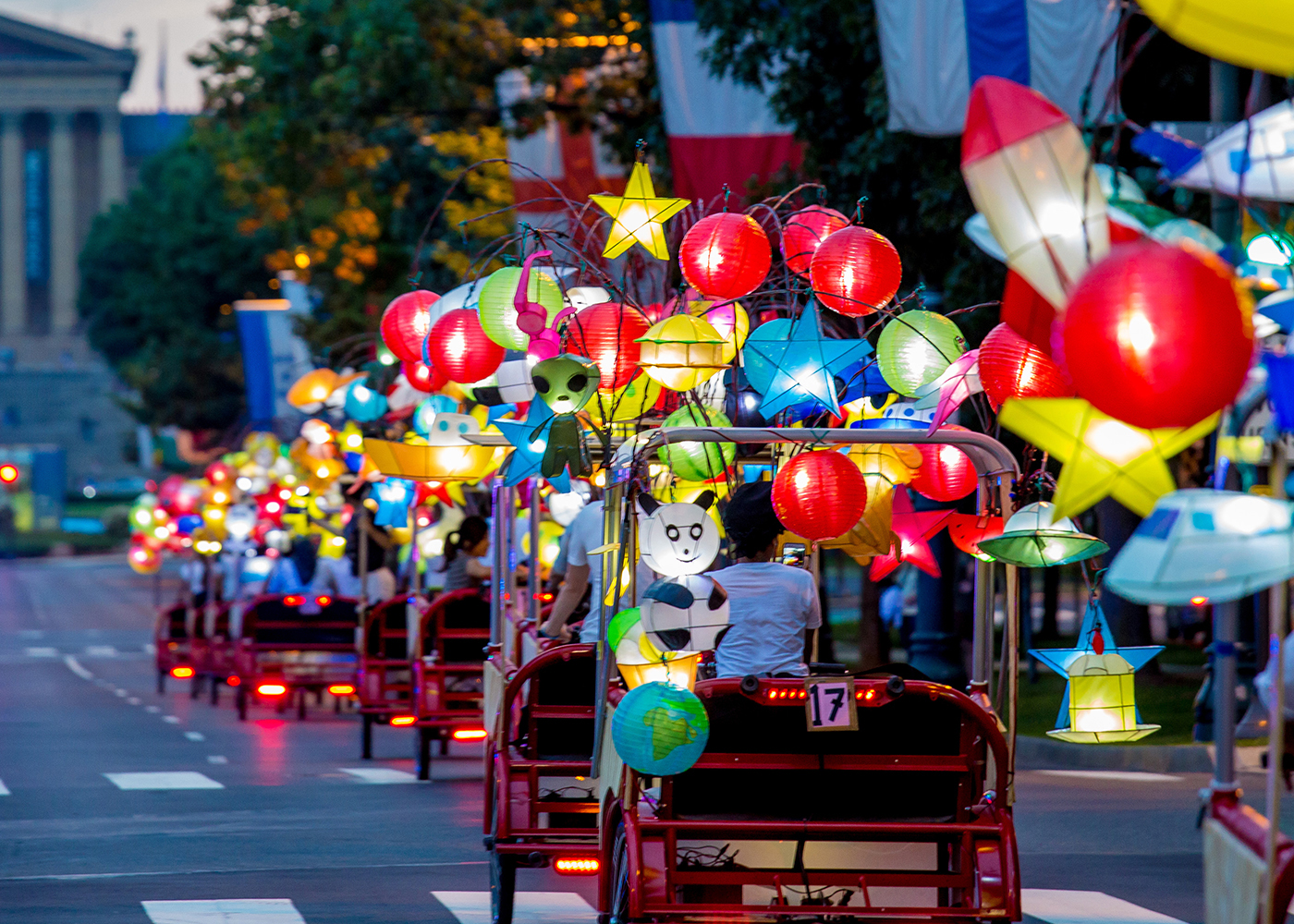 Cai Guo-Qiang’s largest public art project in the US in a decade, Fireflies invited the public to ride along the Benjamin Franklin Parkway inside a fleet of 27 pedicabs, which were adorned with clusters of hundreds of illuminated, handmade Chinese lanterns. 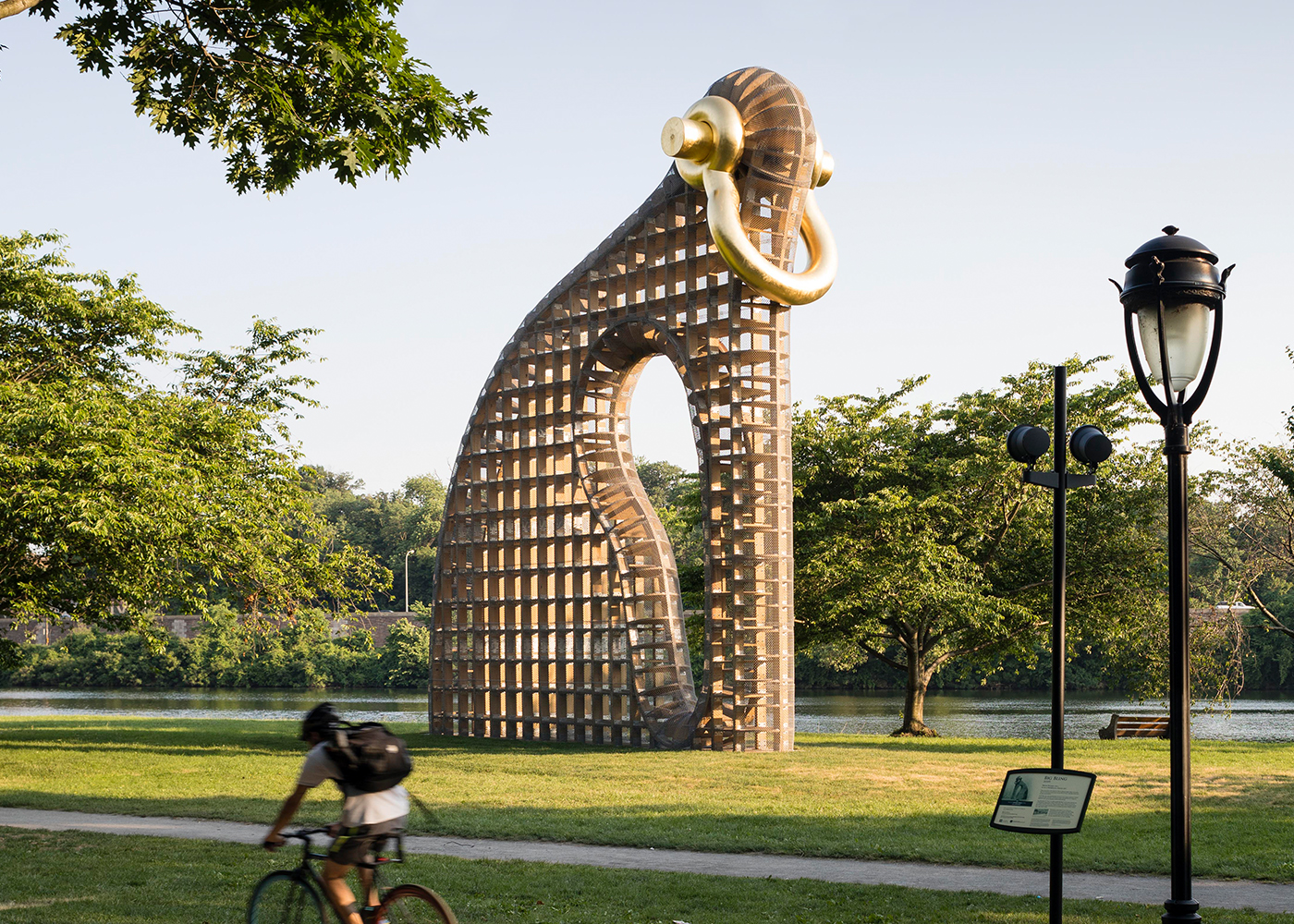 Rising forty feet high and eliciting many interpretations, Big Bling (2016) is Puryear’s largest temporary outdoor sculpture to date. The sculpture was brought to Philadelphia through a collaboration with New York’s Madison Square Park Conservancy, which commissioned the work. 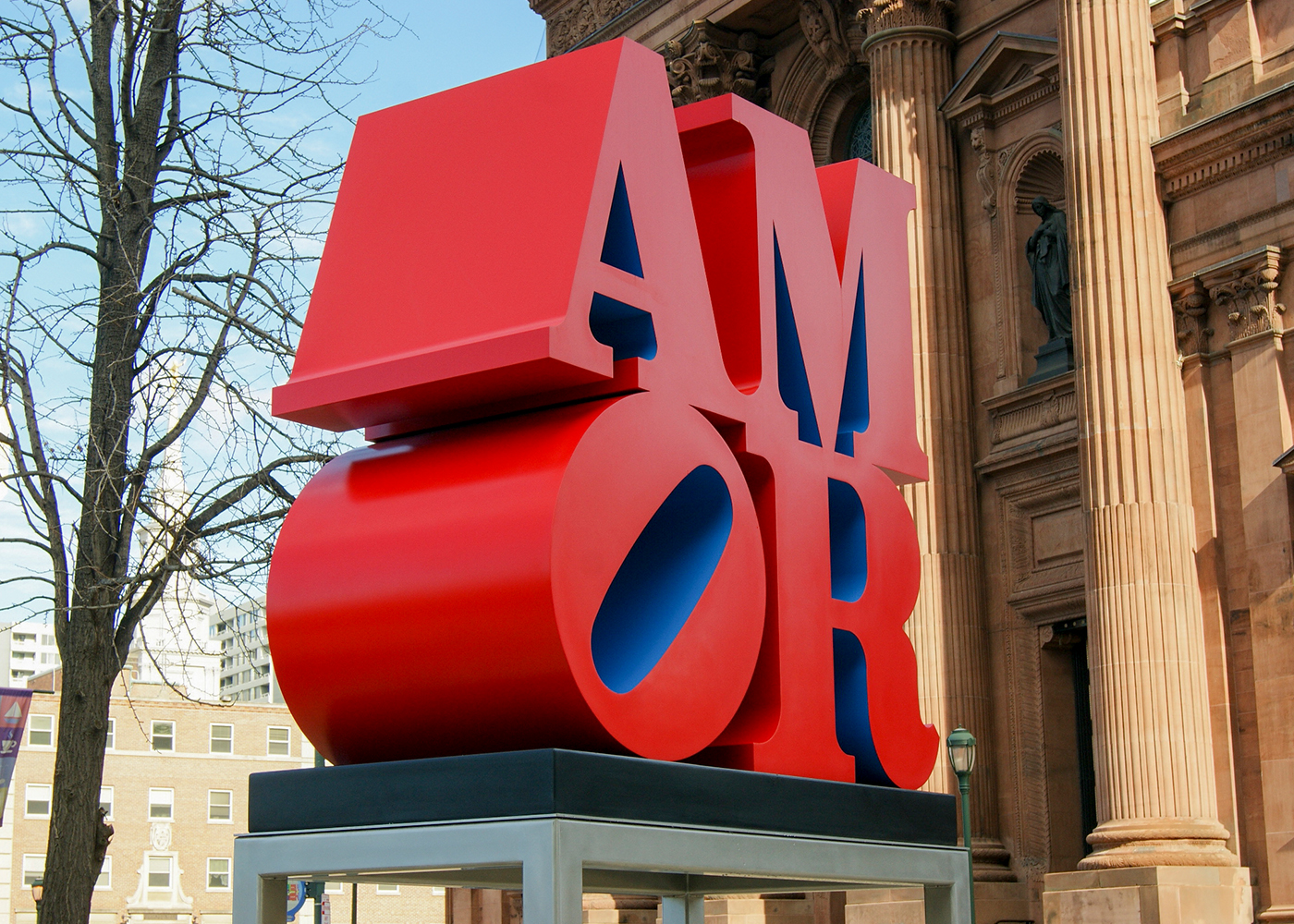 On the occasion of the World Meeting of Families and Pope Francis’ visit to the U.S., the Philadelphia Museum of Art and the Association for Public Art presented the installation of AMOR (1998) atop the Museum’s famous steps, where it overlooked the Papal Mass. 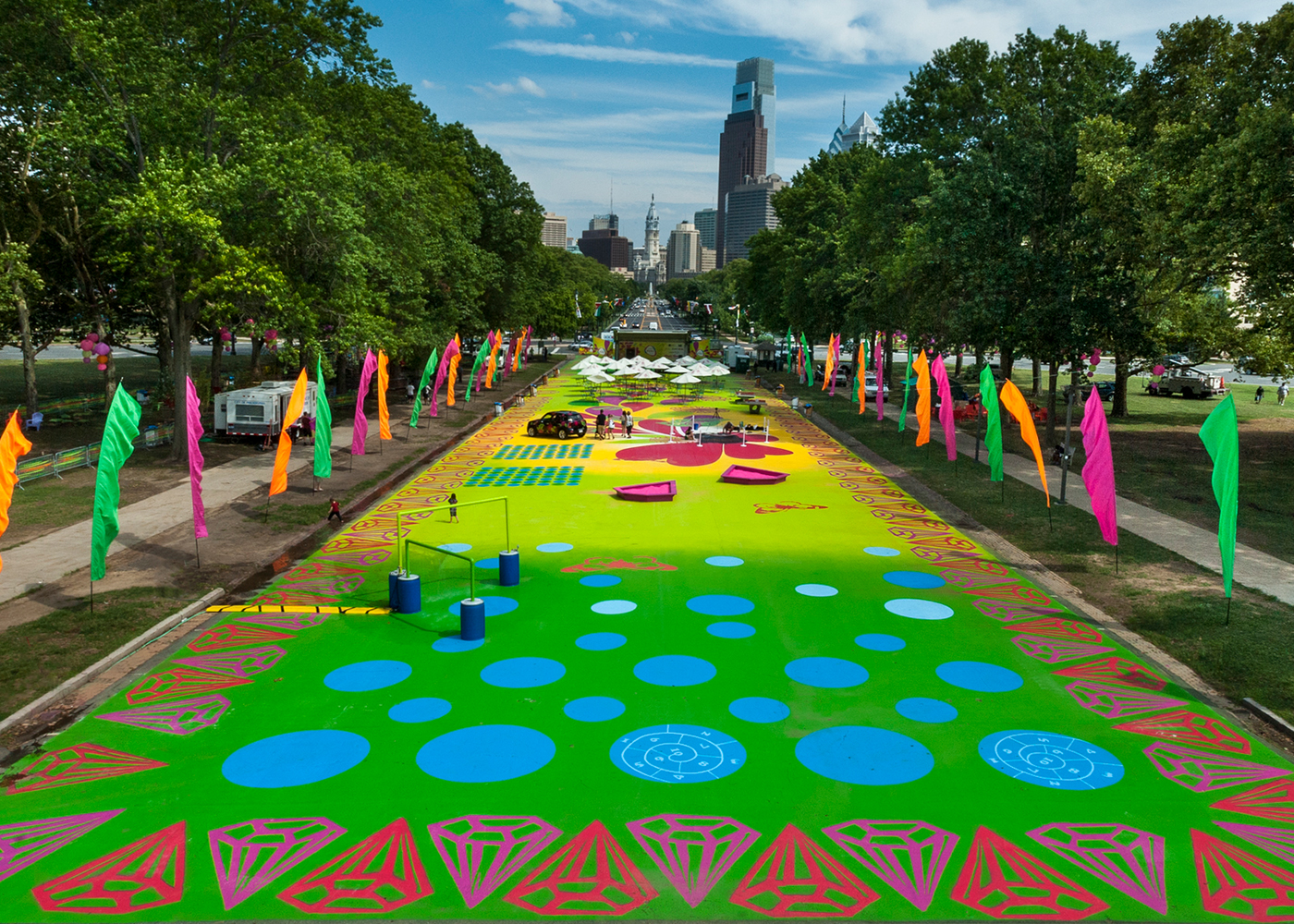 Magic Carpet transformed The Oval in front of the Philadelphia Museum of Art into a magical environment of color, pattern, illusion, and movement, with colored sandboxes, oversized game boards, and the artist’s signature decorative motifs rendered in vinyl, among other attractions. 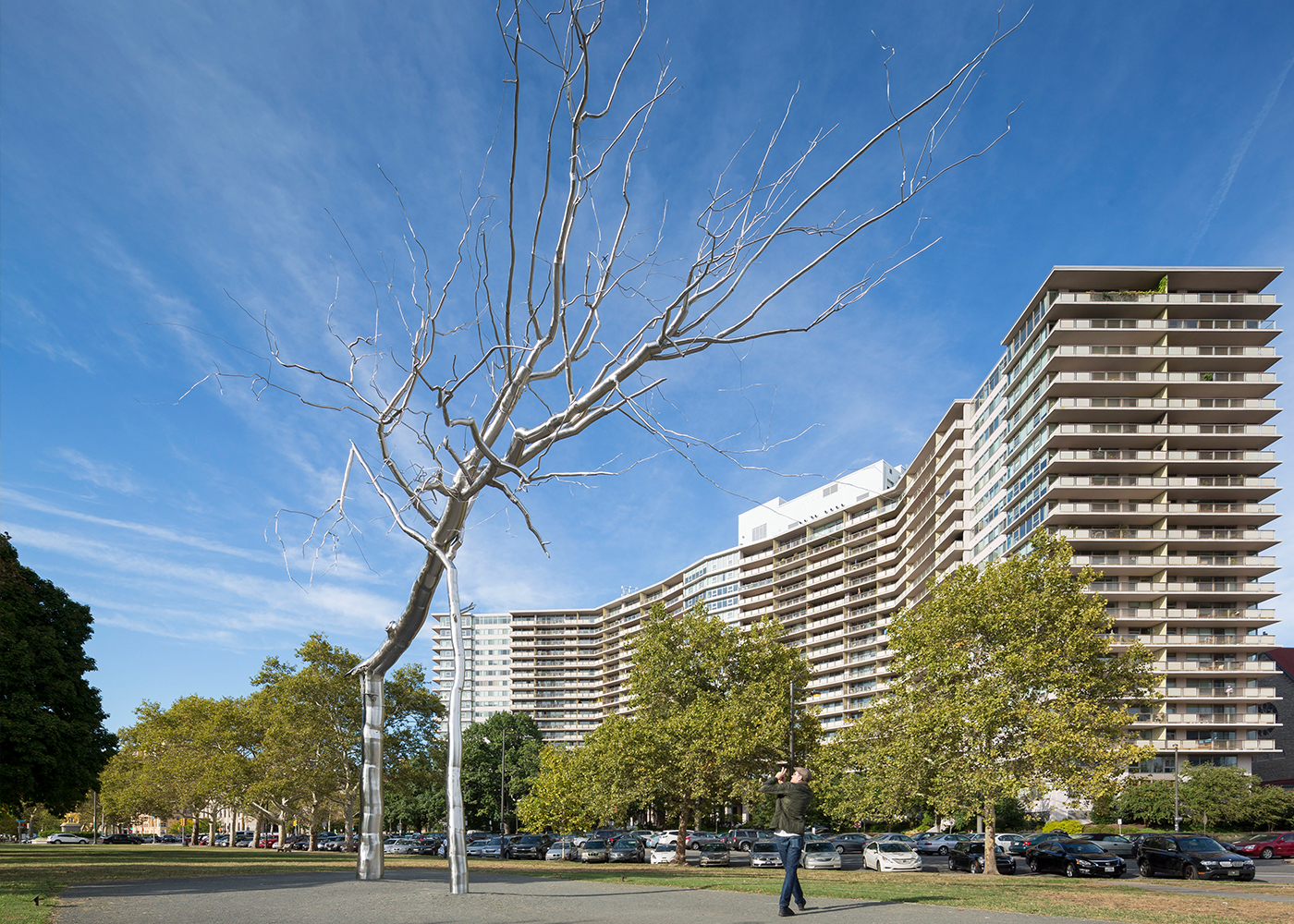 Hand-fabricated from thousands of pieces of stainless steel pipe, plate, and rods, Symbiosis (2011) suggests both ecological and anatomical branching systems. The Association for Public Art received a generous grant from the Daniel W. Dietrich II Trust, Inc. to acquire the work. 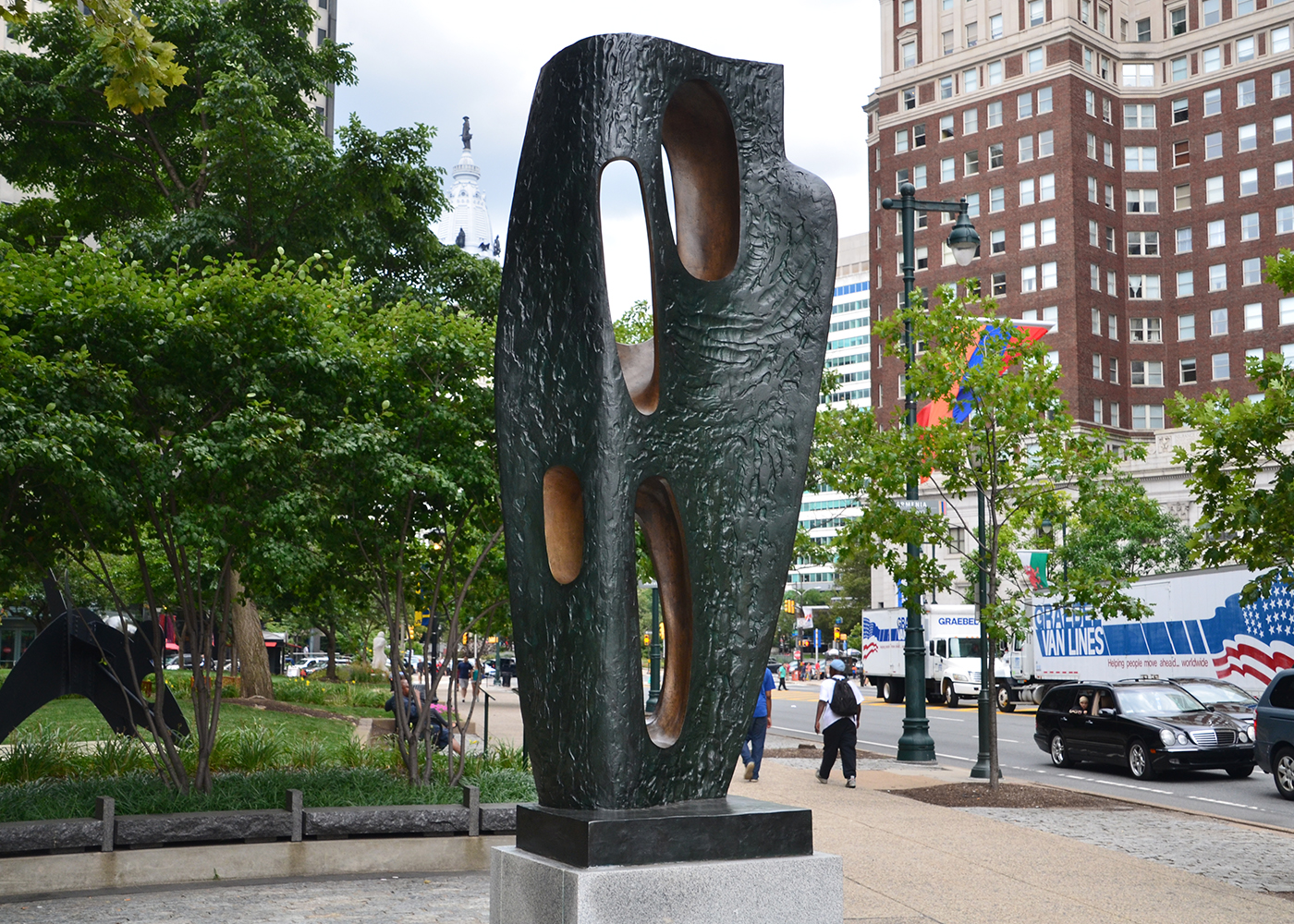 Rock Form (1964) was donated to the Association for Public Art in 2011 by art patron David N. Pincus, and installed on the Benjamin Franklin Parkway in 2012. Hepworth was a friend of Henry Moore, whose sculpture Three Way Piece Number 1: Points is placed nearby. 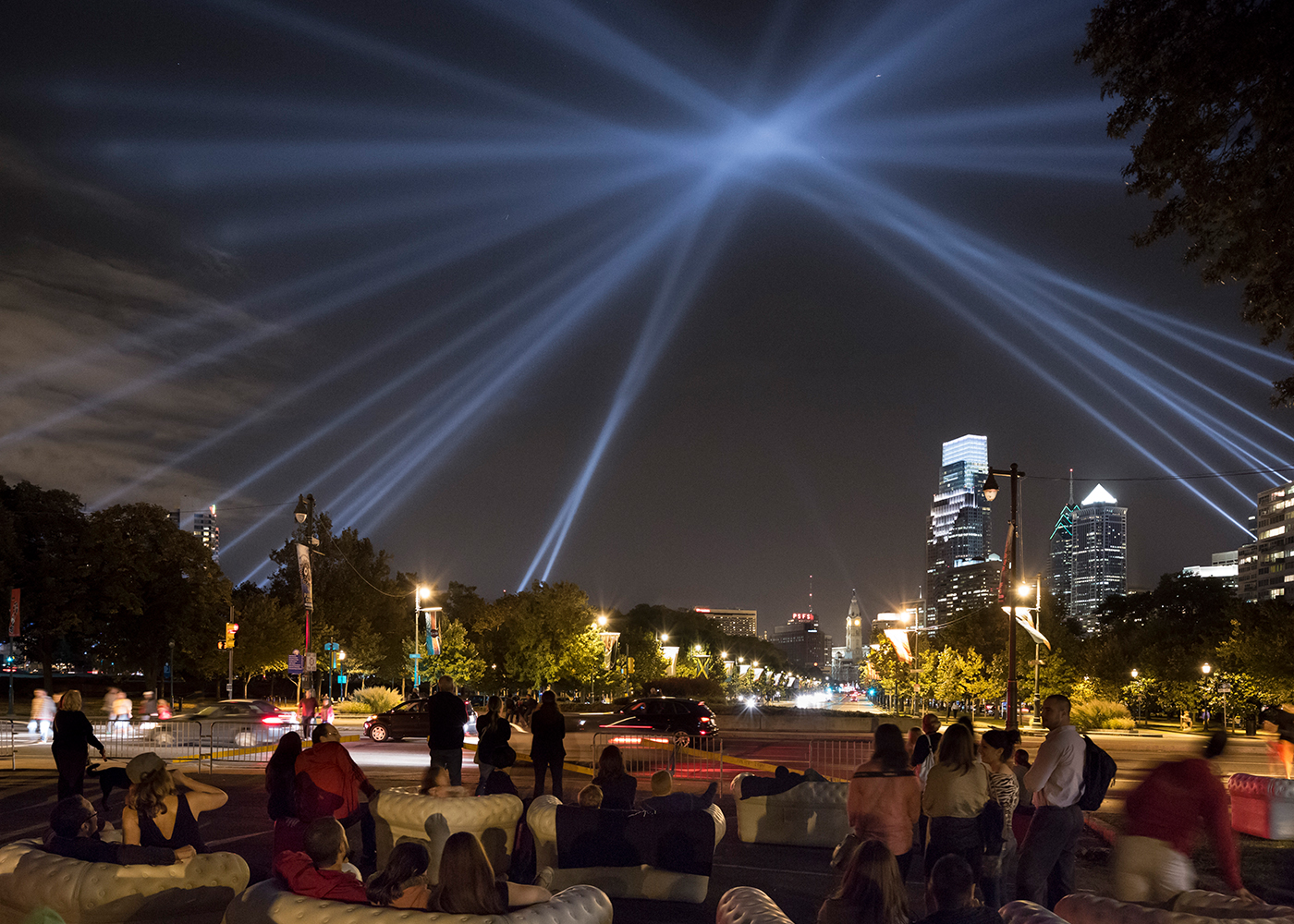 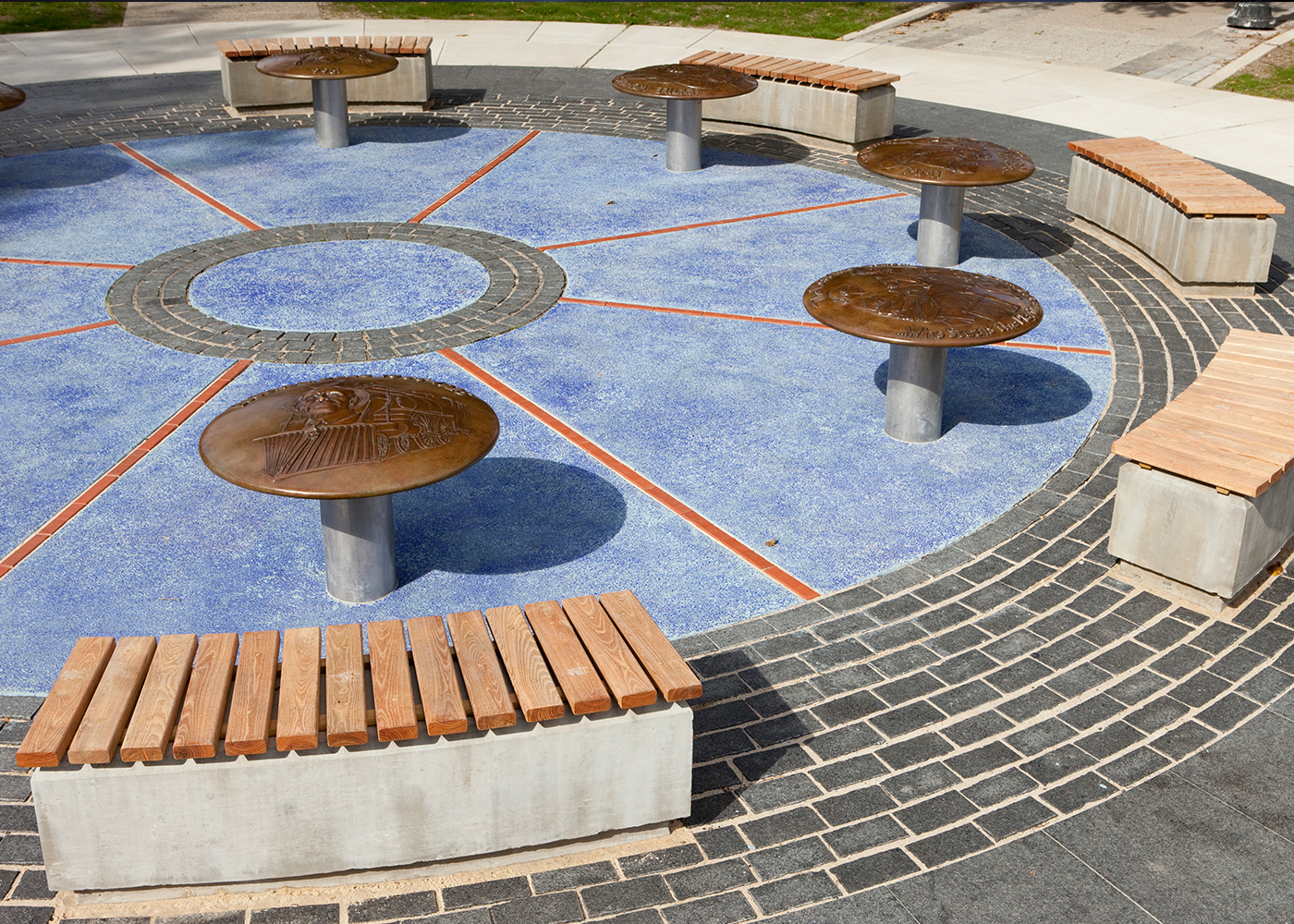 The Labor Monument in Philadelphia’s Elmwood Park commemorates the contributions of organized labor nationwide and Philadelphia’s working class history. Blue paving and brick detailing around the seating elements suggest the denim and stitching on workers’ clothing. 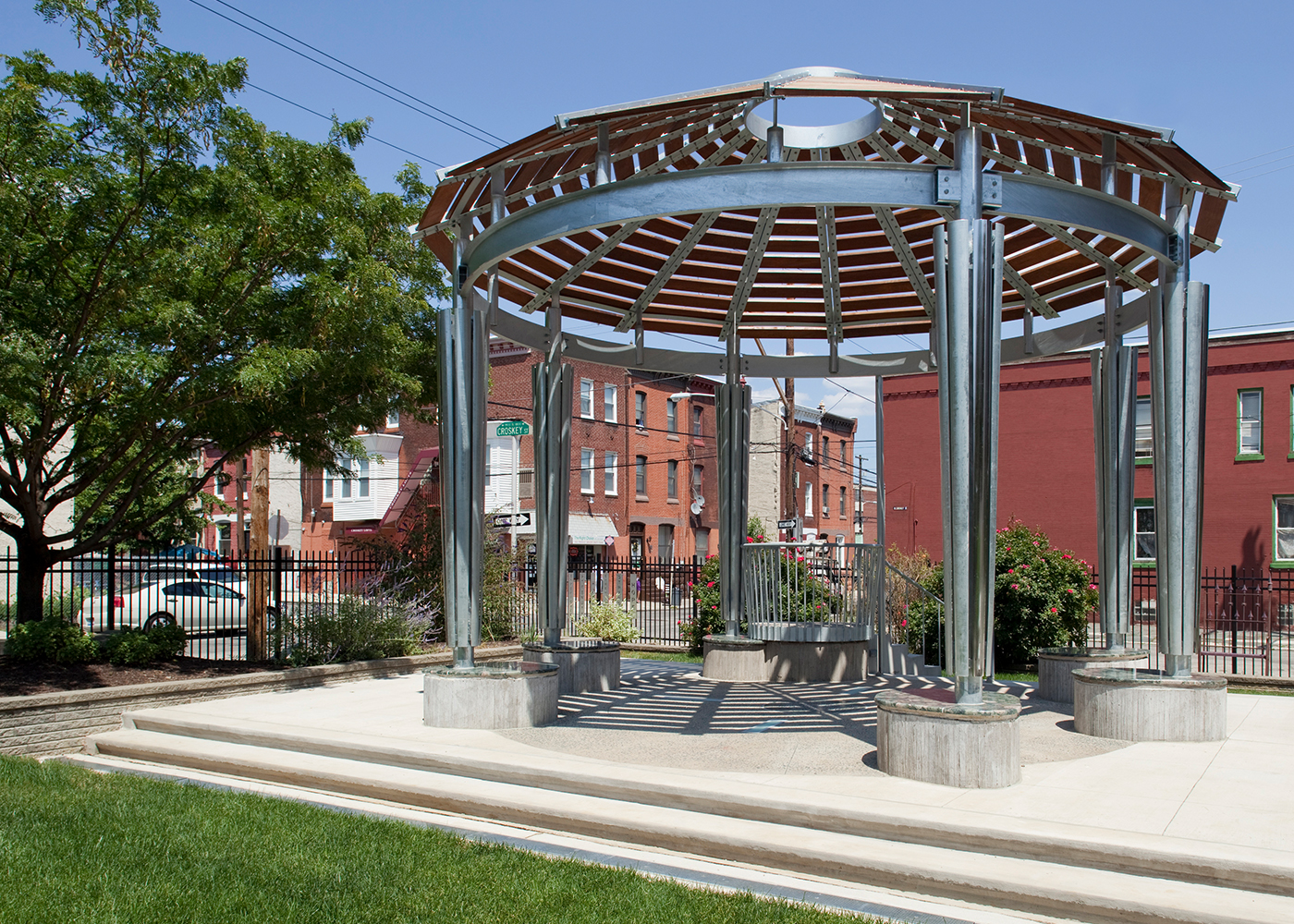 Commissioned as part of the New•Land•Marks program and developed with the anti-homelessness organization Project H.O.M.E., Common Ground provides new dedicated meeting places for the community to gather, reflect, and celebrate the neighborhood. 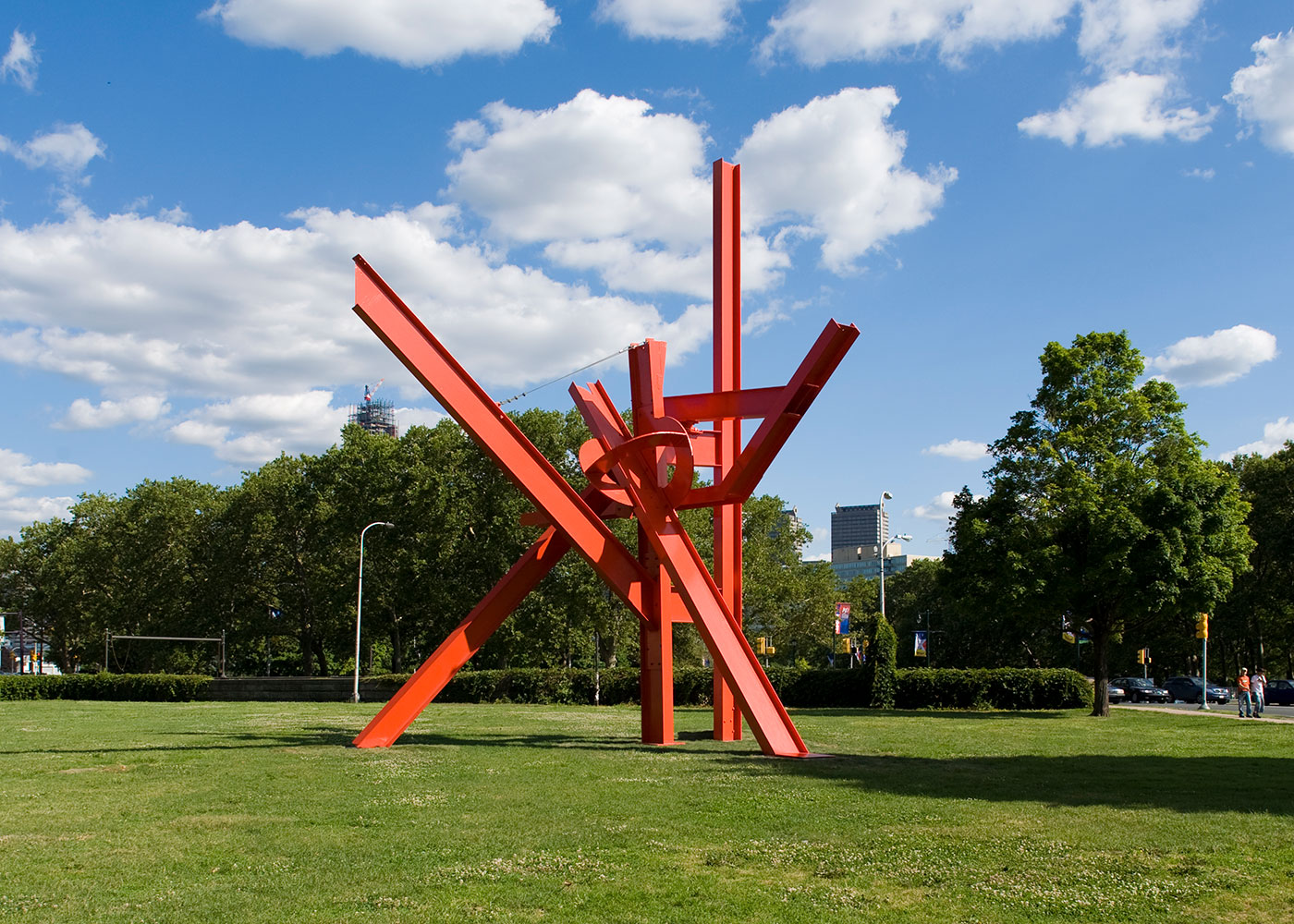 Formed from painted steel I-beams, Mark di Suvero’s 40-foot-high Iroquois (1983-1999) has a robust energy and physical presence. The sculpture was acquired by the Association for Public Art in 2007 with the support of art patron David N. Pincus. 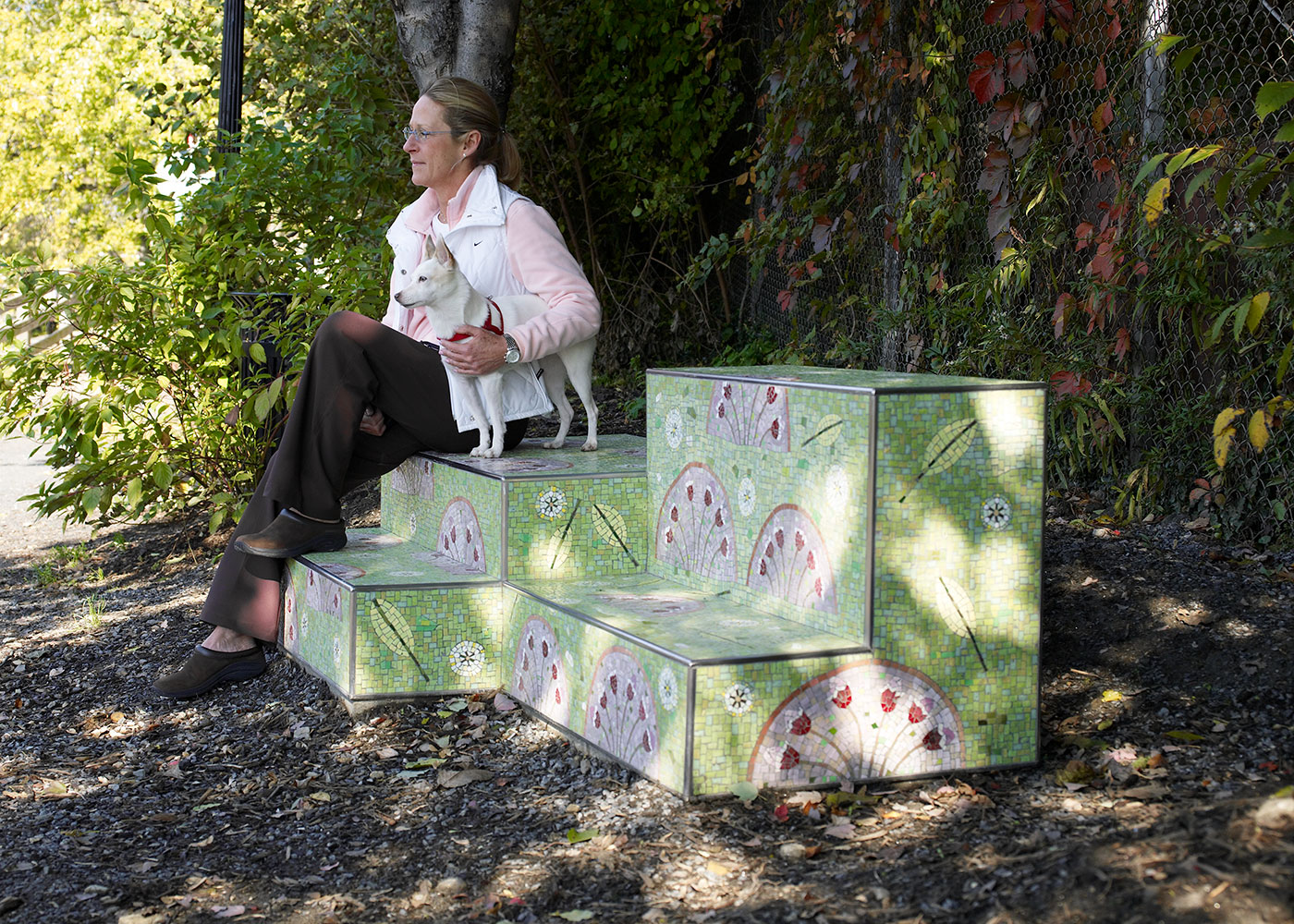 Nine mosaic “stoops” serve as seating elements along the Manayunk Canal Towpath and are an interpretation of the front steps and entryways that mark the neighborhood’s architecture and street life. The artwork was commissioned as part of the New•Land•Marks program. 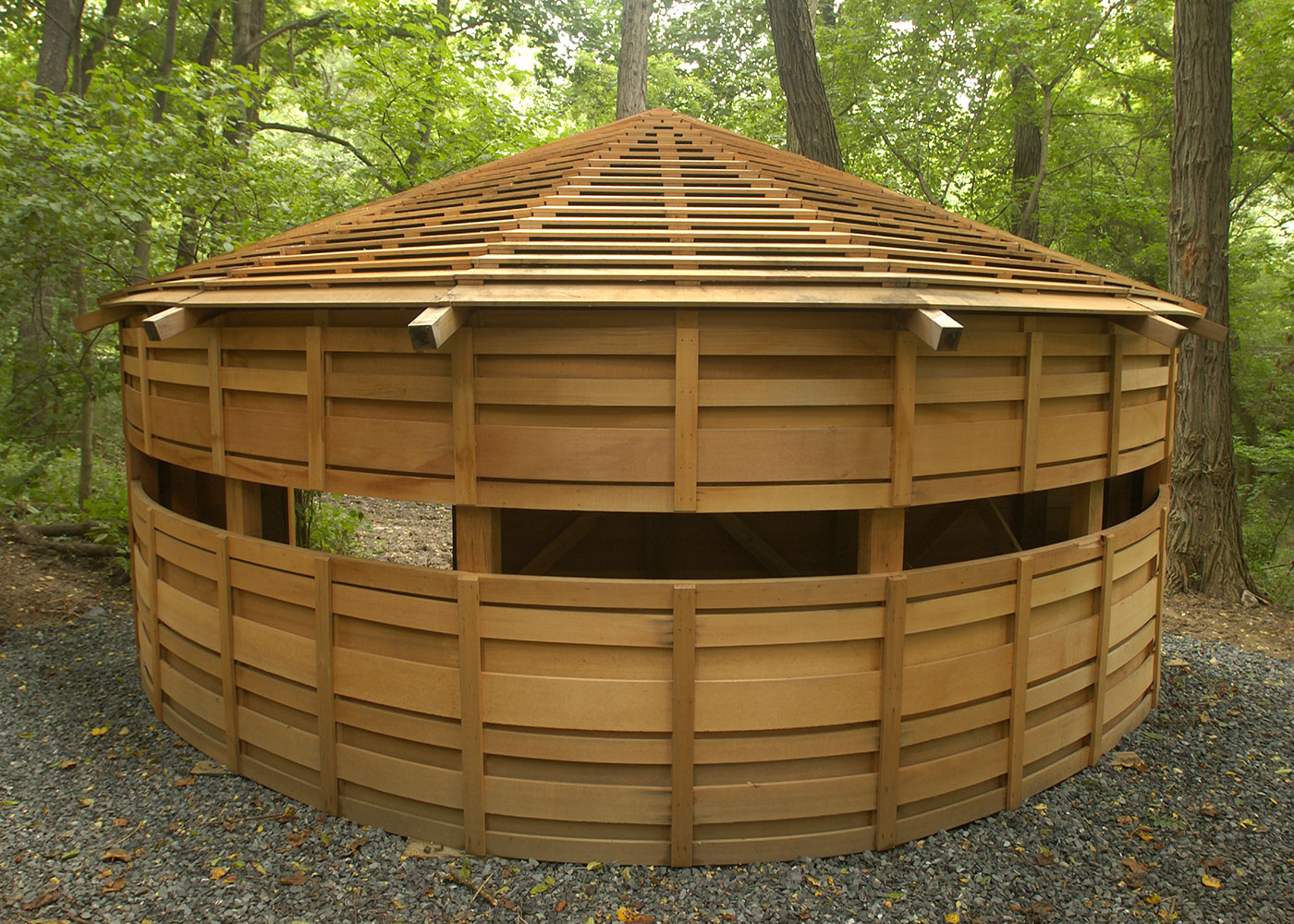 A series of wooden structures “between sculpture and architecture” in Pennypack Park explore different aspects of humanity’s relationship to nature. The artwork was commissioned as part of the New•Land•Marks program and developed with the Pennypack Environmental Center. 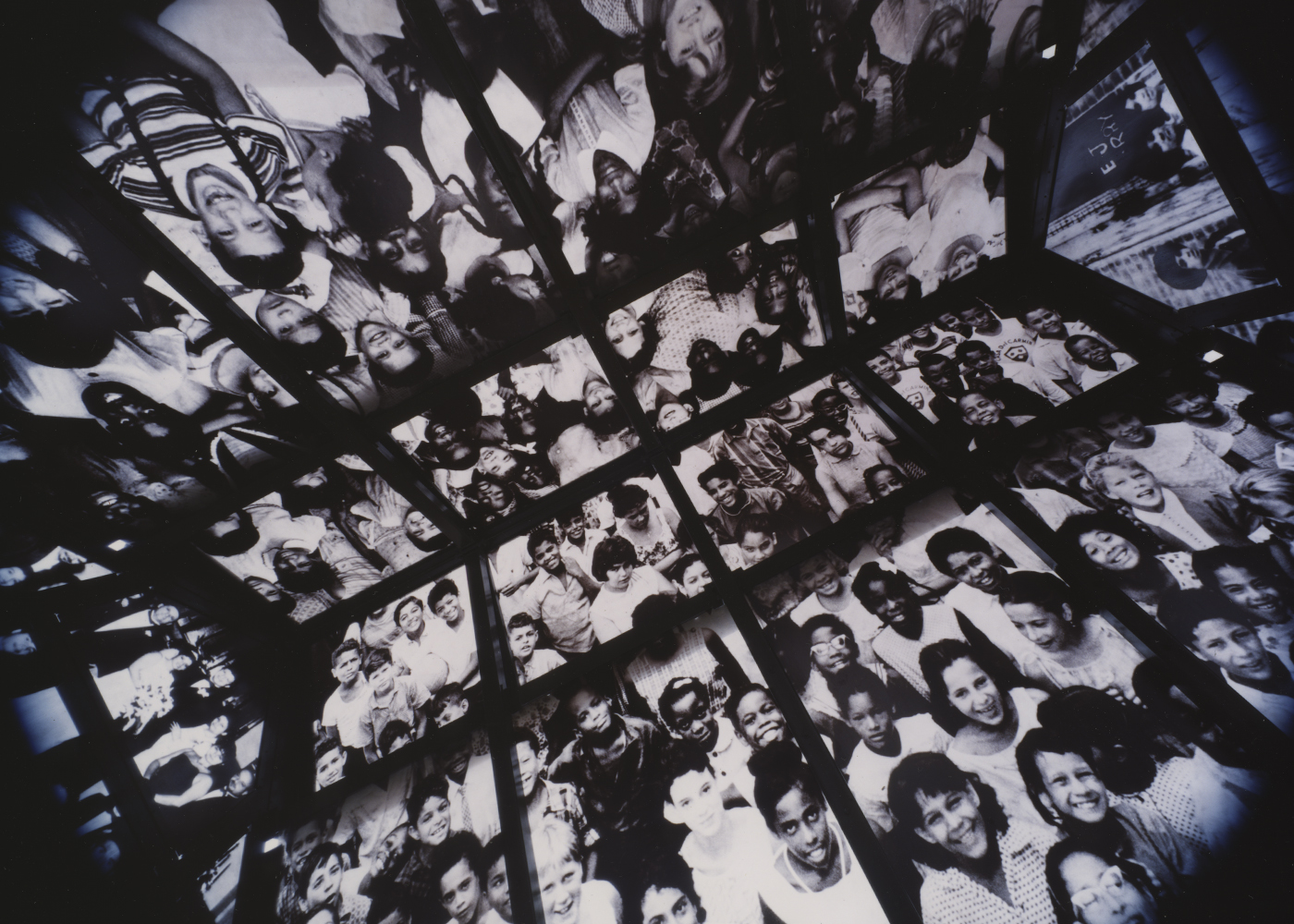 To realize this project, Pepón Osorio collected photographs from Philadelphia’s Latino community and sought images of shared experiences and local events that have impacted community life. Part of the New•Land•Marks program, this is Osorio’s first permanent public art commission.