An augmented reality project on view in 6 U.S. cities from July 2020 through December 2021. Experience in Philadelphia at the steps of the Philadelphia Museum of Art and the Benjamin Franklin Parkway.

Liberty Bell begins as an integrated whole and becomes dissonant and visually fragmented – unraveling just as the unfulfilled promise of freedom. It’s not a 4th of July spectacle; it’s a meditative reflection of what many are feeling right now. –Penny Balkin Bach, aPA Executive Director

Living at the intersection of public art, social consciousness and tech, Liberty Bell is an augmented reality public art project by artist Nancy Baker Cahill that will be on view simultaneously in six U.S. cities – Philadelphia, PA, Boston, MA, Washington, DC, Charleston, SC, Selma, AL, and Rockaway, NY – starting July 4, 2020. The artwork was commissioned by Art Production Fund in partnership with 7G Foundation and the Jamaica Bay-Rockaway Parks Conservancy, and the Association for Public Art (aPA) is the host partner for the Philadelphia iteration of the project.

Liberty Bell is an animated, monumental and richly sonorous augmented reality drawing in 360 degrees, which relies on geolocation. To experience the full animation, which includes sound, download the free 4th Wall app to a smartphone or iPad and be on-site on the Benjamin Franklin Parkway.

How and where to Experience Liberty Bell >>

The historic Liberty Bell in Philadelphia seeded the inspiration for the Liberty Bell project. Most historians believe the Liberty Bell was one of many bells that rang on July 8, 1776, a few days following the signing of the Declaration of Independence. In the 1830s, the bell became a symbol for abolitionist societies who called it the “Liberty Bell”, the name we know it by today. Liberty is inextricably linked to equality, so as a metaphor, the cracked bell mirrors the brokenness of many Americans’ experiences of liberty. The Liberty Bell AR drawing floats above the historic steps of the Philadelphia Museum of Art accessible to a diverse public audience, and invites viewers the opportunity to consider their own experiences of liberty, freedom and injustice and inequality.

In this polarized and tumultuous election year many concerns persist around the founding principles of American freedom and democracy. Inequality, structural racism, injustice, and the ability to vote are chief among them. Inspired by the original cracked Liberty Bell in Philadelphia, the drawing hovers beyond viewers, swaying with the rich and layered sound of bells tolling. The Liberty Bell soundscape morphs from the rhythmic lulling of a tolling bell, into a harmonious and dissonant sequence of ringing as it becomes increasingly unpredictable and arrhythmic. Ranging from analog to synthetic, the sounds were compiled from an array of historical moments and locations. The richly textured brushstrokes and bell sounds resemble loosely knitted threads that unravel and come together in an uncomfortable, but cohesive moment. They reflect the evolution and transformation of liberty over time into the complex reality we face today. Baker Cahill chose Independence Day as a launch date to advocate for justice, civil rights and freedom in the U.S.

“From its origins in American history, ‘liberty’ was only available to a certain demographic and came at great expense to others,” says the artist. “You can’t have a conversation about freedom and not talk about the history of slavery and inequity in the United States. A bell can be a warning or a celebration; something spiritual or a wordless means of communication. In an age of pandemic, surveillance, injustice and disinformation, who is actually free? That’s the conversation we need to have.” –Nancy Baker Cahill, Artist

“We are thrilled to present Liberty Bell in six different US cities this summer. While adhering to social distancing guidelines, it feels crucial to bring this important artwork safely to the public. Through a visual and sonic AR experience, Baker Cahill gives viewers the opportunity to reflect upon their personal experiences of liberty, freedom, injustice and inequality. We are honored to present this poignant work during such a remarkable time.” –Casey Fremont, Executive Director, Art Production Fund

Liberty Bell ​weaves a common thread between all six cities underscoring our interconnectedness and shared cultural inheritance. These historically significant and charged locations comprise an unprecedented activation spanning the Eastern seaboard of the United States. Programming will include topical conversations by cultural leaders and community members from all 6 cities as they relate to current events. Providing a platform for conversation and access to the artwork is a crucial component of this project.

NANCY BAKER CAHILL is an artist working at the intersection of fine art, new media and activism. She is the Founder and Creative Director of 4th Wall, a free Augmented Reality (AR) public art platform. Through 4th Wall, she initiated Coordinates, an ongoing series of curated & site-specific AR public art exhibitions, including Defining Line in Los Angeles and Battlegrounds in New Orleans. She received an “Impact Maker to Watch” award at LA City Hall and was named by the LA Times as one of the 2019 Faces of the Year, ARTS. She is one of ten artist scholars in the Berggruen Institute’s inaugural 2020 Transformations of the Human Fellowship. nancybakercahill.com

Available for Apple and Android devices

Liberty Bell is an augmented virtual drawing in 360 degrees that relies on geolocation. To experience the animation, download the artist’s free app to a smartphone or iPad and be on-site on the Parkway in front of the Philadelphia Museum of Art (map below). The duration is approximately 1 minute 30 seconds and includes sound. 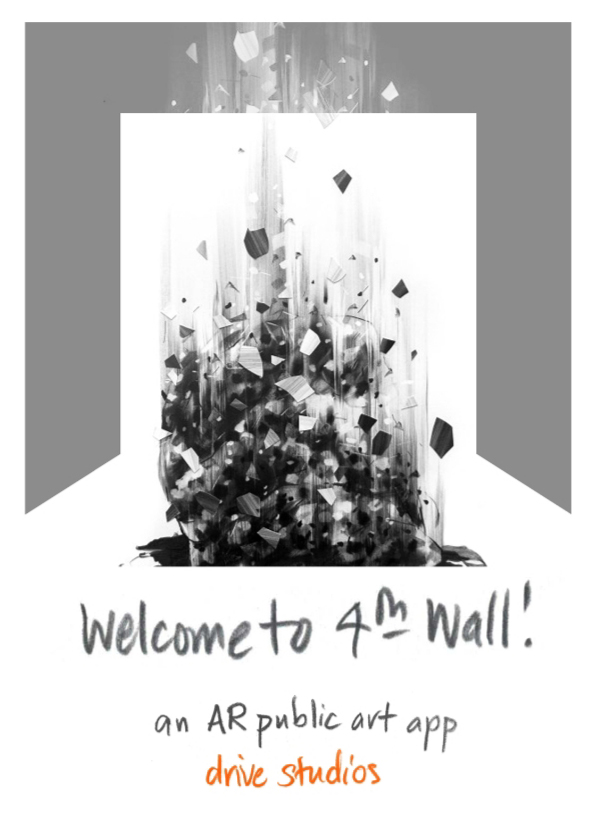 Please adhere to all social distancing guidelines as instructed by the CDC when viewing the artwork.

Nancy Baker Cahill’s Liberty Bell was commissioned by Art Production Fund and is presented in partnership with 7G Foundation and the Jamaica Bay-Rockaway Parks Conservancy. The project is being presented simultaneously in six cities – Philadelphia, PA, Boston, MA, Washington, DC, Charleston, SC, Selma, AL, and Rockaway, NY – and the Association for Public Art (aPA) is the project’s host partner in Philadelphia. For more information and details on public programs please visit artproductionfund.org

Special thanks to Anna Luisa Petrisko for her help with sound design, and to the team at Drive Studios.

7|G FOUNDATION champions organizations and individuals that challenge inequality in human rights, education, art and culture. By partnering with organizations, artists and community facilitators we seek to build strong community bonds that elevate local culture, while supporting cultural change founded upon our core values of social impact and sustainability.

THE JAMAICA BAY-ROCKAWAY PARKS CONSERVANCY (JBRPC) is a public-private partnership established in 2013 that is dedicated to improving the 10,000 acres of public parkland throughout Jamaica Bay and the Rockaway peninsula for local residents and visitors alike. With its partners at the National Park Service, the New York City Department of Parks and Recreation and the New York State Parks, Recreation and Historic Preservation, JBRPC works to expand public access; increase recreational and educational opportunities; foster citizen stewardship and volunteerism; preserve and restore natural areas, including wetland and wildlife habitat; enhance cultural resources; and ensure the long-term sustainability of the parklands. JBRPC is a project of the Fund for the City of New York, a 501(c)(3) non-profit organization. For more information, please visit jbrpc.org / @jbrpc

Watch the talk here! (Free to view with registration)

Run time: 1 hour | Q&A: Submit questions during the event or send in advance to apa@associationforpublicart.org

NANCY BAKER CAHILL is a multidisciplinary artist based in Los Angeles whose work lies at the intersection of fine art, new media and activism. She is the Founder and Artistic Director of 4th Wall, a free augmented reality (AR) public art platform exploring resistance and inclusive creative expression. Baker Cahill will discuss her body of work and her current Liberty Bell AR public art project, now on view in Philadelphia and five other U.S. cities. A recent TEDx speaker, she was named by the LA Times as one of the ARTS Faces of the Year in 2019, and was the subject of a 2019 Bloomberg Media Art + Technology short documentary.

How long is the project running?

Liberty Bell can be experienced from July 2020 through December 2021.

I’ve downloaded the app but can’t access the artwork. Am I doing something wrong?
• Make sure that all permissions (location services, mic, photos) are enabled on your device and that you are standing on site in the right location (see map). Also make sure to press the “Liberty Bell” button that appears when you open the app.
• Check to see that your device is compatible. The app works on any iPhone 6s or above with iOS11, including iPads, and any Android phone with ARCore.

If you feel there is a system error, please contact us. Additional troubleshooting tips available here: 4thwallapp.org/troubleshooting

I can’t hear anything. Is there supposed to be sound?
Yes, this artwork includes sound! Make sure the sound on your device is turned on to get the full experience.

Is the artwork accessible at night?
Yes! The artwork is available 24/7.

Is my information being collected through this app?
No. The 4th Wall App does not collect any user data.

How can I capture/document what I see?
To capture photos and videos, use the camera icons on the side of your screen.

I can’t be in Philadelphia or any of the other cities where Liberty Bell can be experienced. Is there a way to view the animation(s) online?
Search “#LibertyBellAR” on social media (Instagram and Twitter) to see videos and photos of the work.