J. Wallace Kelly was a Philadelphia native who taught at Haverford College and other local schools. He was commissioned by the Fairmount Park Art Association (now the Association for Public Art) for the two base relief panels located opposite each other which mark the sides of the entrance to the North Terrace of the Ellen Phillips Samuel Memorial. Kelly was also commissioned to create The Ploughman installed in the Central Terrace of the Samuel Memorial.

The development of the North Terrace inaugurated the final stage of the Samuel Memorial. Here the intention was to express not historical periods or movements but rather the “inner energies” that shaped the nation. Two major bronze groups were to represent “social consciousness” and “constructive enterprise,” and the commissions were offered to Jacob Epstein and Jacque Lipchitz. As Epstein and Lipchitz progressed, it became apparent that their two massive monuments would not fit comfortably in the same terrace. Thus, Epstein’s Social Consciousness was installed at the west entrance of the Philadelphia Museum of Art. Lipchitz’s The Spirit of Enterprise served as the centerpiece of the North Terrace until, in 1986, it was moved to the Central Terrace. 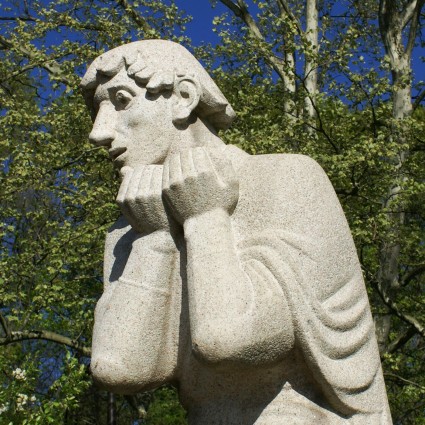 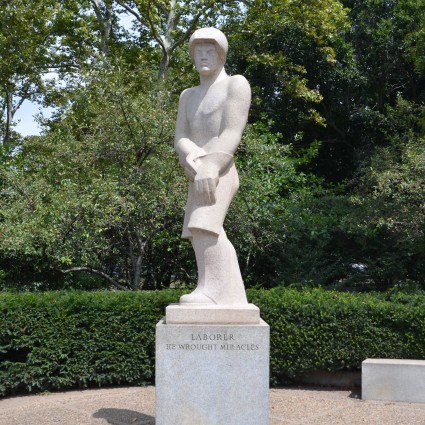