Commissioned by the Avenue of the Arts, Inc. with the City of Philadelphia, Office of Arts and Culture

Four 19-ton glass and steel torches tower more than 40 feet on each corner of Broad Street and Washington Avenue. The holographic film on the sculpture’s glass panels reflect light from the sun during the day, and the artwork is illuminated at night. Designed by Philadelphia-based artist Ray King, Philadelphia Beacons stand as a gateway in South Philadelphia to the Avenue of the Arts. King is known for his work with light and sculpture.

This public artwork was commissioned by the Office of Arts and Culture, which selected Ray King from more than 450 applicants in 1994. However, due to a legal dispute, the Beacons were not installed until 1999. 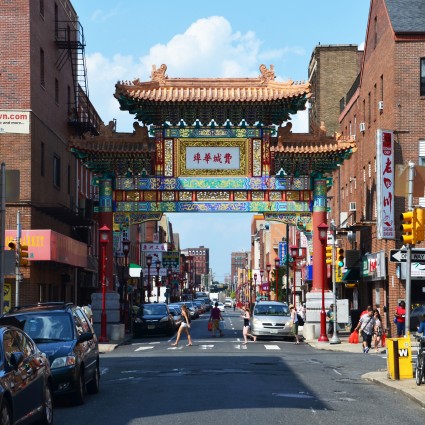