Taking a Northeast Amtrak this spring? Be sure to grab a copy of the March/April 2014 issue of Arrive Magazine and read about the Association for Public Art’s Museum Without Walls™: AUDIO program as “The Voice of Philadelphia’s Public Art” (page 107):

“Over 150 diverse voices of people from all walks of life are featured in the innovative Museum Without Walls™: AUDIO program, including Claes Oldenburg speaking about his Clothespin sculpture; Mayor Michael Nutter discussing John Christian Bullitt, the lawyer who in 1885 drafted the document that became the Philadelphia City Charter; and artist Roy Lichtenstein’s widow, Dorothy, talking about his Brushstroke Group.” 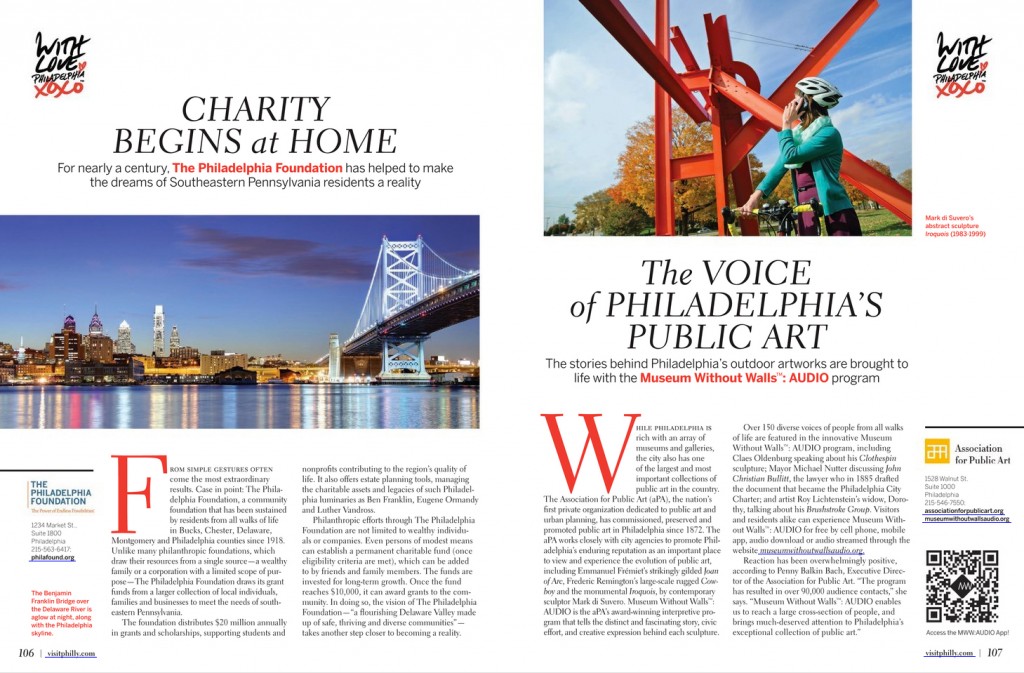 More on Museum Without Walls™: AUDIO:

Facing City Hall tower with its sculpture of William Penn, Clothespin has the jolting and humorous effect of a familiar object seen out of context.

An exuberant addition to Philadelphia’s “museum without walls” that joins Center City’s other spirited pop-art icons.