On indefinite loan to Drexel University

Cast in Germany, the memorial was unveiled in the park on June 17, 1905 at Lansdowne Drive and Belmont Avenue. Friends and family paid tribute at the dedication, with Drexel’s two granddaughters unveiling the memorial. In the 1960s, the Philadelphia Art Commission approved the relocation of the memorial to Drexel University’s campus to be loaned indefinitely to the University. The sculpture was moved to the campus in 1966 and installed near the library.

Sir Moses Jacob Ezekiel had created monumental and commemorative sculptures for patrons worldwide, and was knighted by three monarchs. He was the first American to win the prestigious Michel Beer Prix de Rome competition, allowing him to study art in Rome, and later established a studio in the historic Baths of Diocletian. His first commission, Religious Liberty, was shown at the 1876 Centennial, and is now located in front of the National Museum of American Jewish History in Philadelphia. 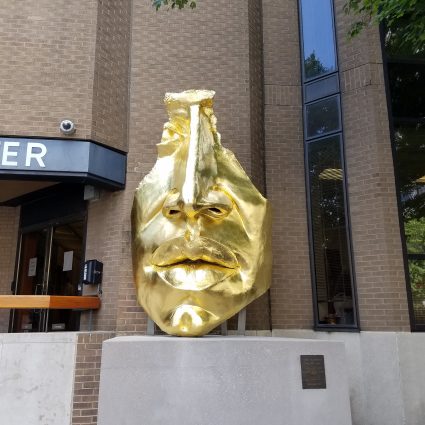 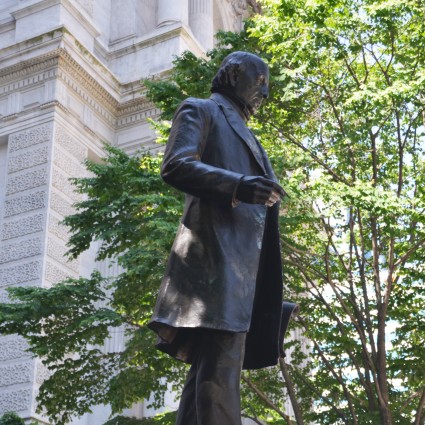