Initiated by the Redevelopment Authority of the City of Philadelphia

Created by Alexander Calder a few months before his death, White Cascade is considered the world’s largest mobile. From the skylight it descends through 100 feet of the Federal Reserve Bank’s 130-foot-high East Court. Including its electric motor, the massive mobile weighs almost 10 tons. The 14 white aluminum disks range in diameter from 3.5 to 12.7 feet; the stainless steel connecting rods vary from 9 to 36 feet in length. Slowly, almost imperceptibly, the entire structure revolves clockwise in its vast atrium.

As the artist Fernand Léger remarked, Calder’s work is “serious without seeming to be.”

It was in 1930 that Calder, the son of Alexander Stirling Calder and grandson of Alexander Milne Calder, became interested in abstraction. Visiting the studio of modernist painter Piet Mondrian, Calder was impressed by the abstract arrangements of brilliant colors on Mondrian’s walls. He decided that he would like to make such blocks of color “oscillate,” and within two years he had created his first moving sculpture.

The artist Marcel Duchamp coined the term “mobile” to describe this highly original form of art. By the end of Calder’s career, many cities in the United States and abroad had acquired examples of his monumental sculpture. Along with Beverly Pepper’s Phaedrus, White Cascade was commissioned for the Federal Reserve Bank as part of the Redevelopment Authority’s Percent for Art program. Despite its massiveness, the mobile is both graceful and playful. As the artist Fernand Léger remarked, Calder’s work is “serious without seeming to be.”

Please note that to view White Cascade, visitors must enter the Federal Reserve Bank at the entrance of the permanent (free) exhibit, Money in Motion, on 6th Street. After passing through security, look up. 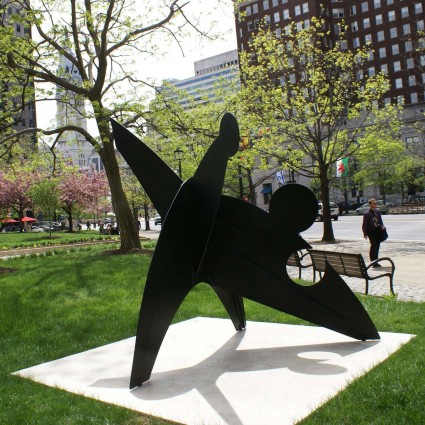 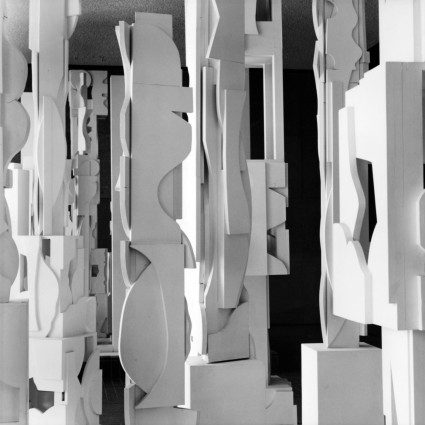 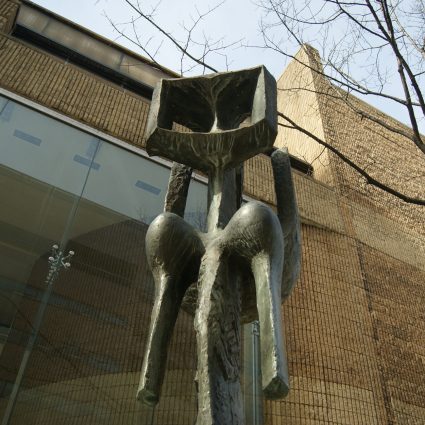