The overall composition brings to mind a growing process, perhaps of stalks shooting up from the earth.

Nevelson extended the idea of a sculptural environment that she had developed in earlier works such as Atmosphere and Environment XII. Like many other artists who came of age in the early twentieth century, Nevelson was inspired by primitive art – particularly, in her case, the ruins of pre-Columbian cultures in Central America – and this influence can be seen in the mysterious, totemic forms of the columns.

Although at first glance the work may be characterized as abstract, Nevelson’s descriptive statement mentions “the secret images that can be found in nature.” The overall composition brings to mind a growing process, perhaps of stalks shooting up from the earth. There are numerous circular and semicircular forms that resemble suns. The interiors of the many-layered columns contrast with the white surfaces, hinting at the theme of dawn as a time “between night and day.” The sculpture was dedicated during an elaborate reception in January 1976, at the dawn of the bicentennial year, and art critic Emily Genauer wrote in the New York Post, “I know of no single public sculpture anywhere in the country more beautiful than this newest Nevelson.” 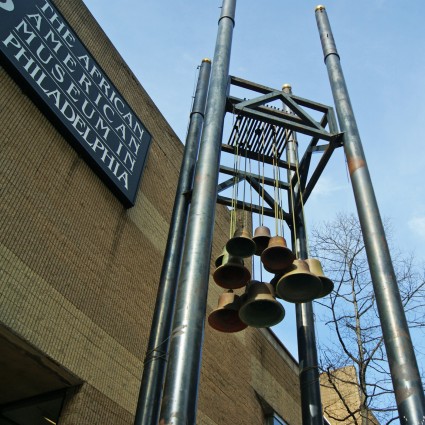