Opposite The Slave in the Central Terrace of the Ellen Phillips Samuel Memorial is Heinz Warneke’s representation of The Immigrant, commissioned by the Fairmount Park Art Association (now the Association for Public Art). Born in Germany, Warneke himself became an immigrant to the United States at the age of 28. Well known for his animal sculptures, such as Cow Elephant and Calf, he also created monumental human figures for a number of public sites, including government buildings in Washington, D.C. In contrast to the enthusiasm expressed in Sterne’s Welcoming to Freedom, Warneke’s Immigrant is a rather melancholy figure. Taken together, the works by Sterne, Sardeau, and Warneke suggest both the promise and the difficulties of American freedom. 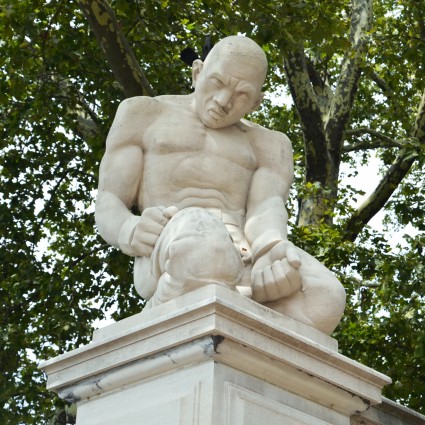 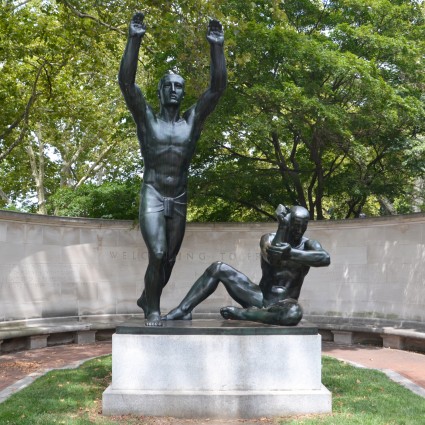