The Fairmount Park Art Association’s (now the Association for Public Art) Samuel Committee originally chose Gaston Lachaise to create the bronze group symbolizing “the welcoming of the oppressed from all lands.” But when Lachaise died in 1935 after completing only a quarter-scale model, the committee chose Maurice Sterne to replace him.

Sterne, a Russian-American painter, printmaker, and sculptor, was known for the controlled poise of his works. His Welcoming to Freedom represents two male figures, one standing with arms raised in welcome, the other seated and gesturing in solidarity. Sterne had been an early teacher of Robert Laurent, whose Spanning the Continent can also be found in the Central Terrace of the Ellen Phillip Samuel Memorial. 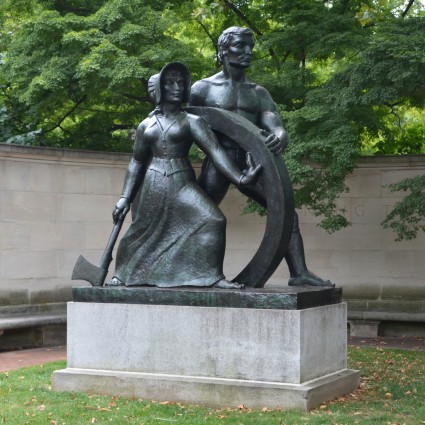 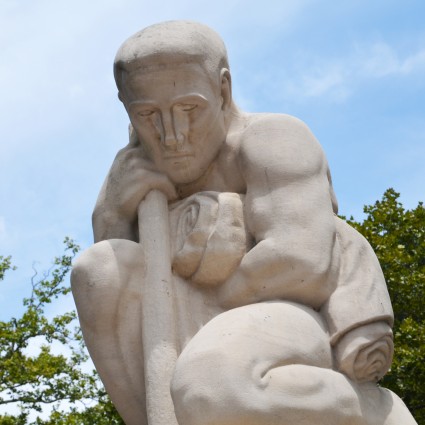