A Prussian military expert, Friedrich von Steuben joined the American forces as inspector general in 1778. After helping to instill discipline and professionalism in the troops at Valley Forge, von Steuben led his own command in the siege of Yorktown. Unlike General Montgomery and Pulaski, he survived the war and, on a congressional pension, lived the rest of his life in upstate New York. Artist Warren Wheelock, a volunteer in the Spanish-American War, taught himself sculpture after an early career as a commercial artist and teacher. By the time of his commission for the William M. Reilly Memorial, he had created sculptures of Lincoln, Washington, Walt Whitman, and Babe Ruth. 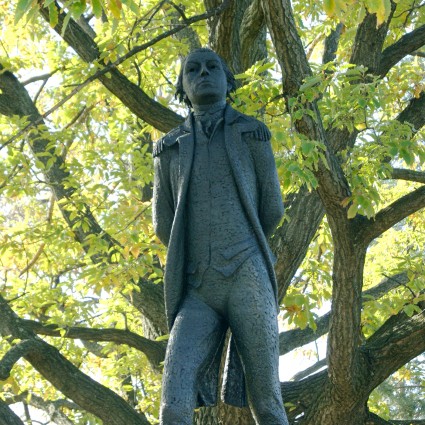 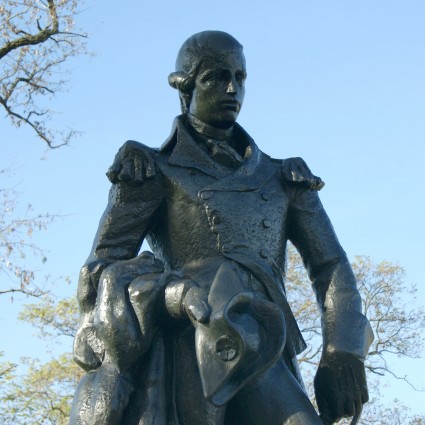 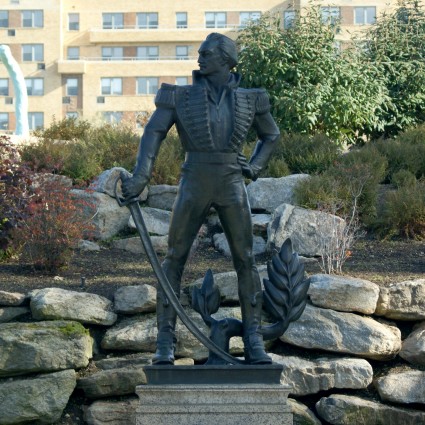