Cai Guo-Qiang: Fireflies can be experienced from many different vantage points, with great locations along the Benjamin Franklin Parkway to enjoy the glowing pedicabs as they glide by. See below for a list of spots to view this once-in-a-lifetime public art project in lieu of taking a ride. Fireflies runs September 15 – October 8, 2017, Thursdays through Sundays from 6-10pm.

Fireflies is a major public artwork for Philadelphia by Cai Guo-Qiang, commissioned by the Association for Public Art with Fung Collaboratives on the occasion of the Parkway Centennial. Twenty-seven customized pedicabs with hundreds of luminous colorful lanterns will traverse the Parkway at night, drawing on memories of the traditional lantern festivals of the artist’s childhood. 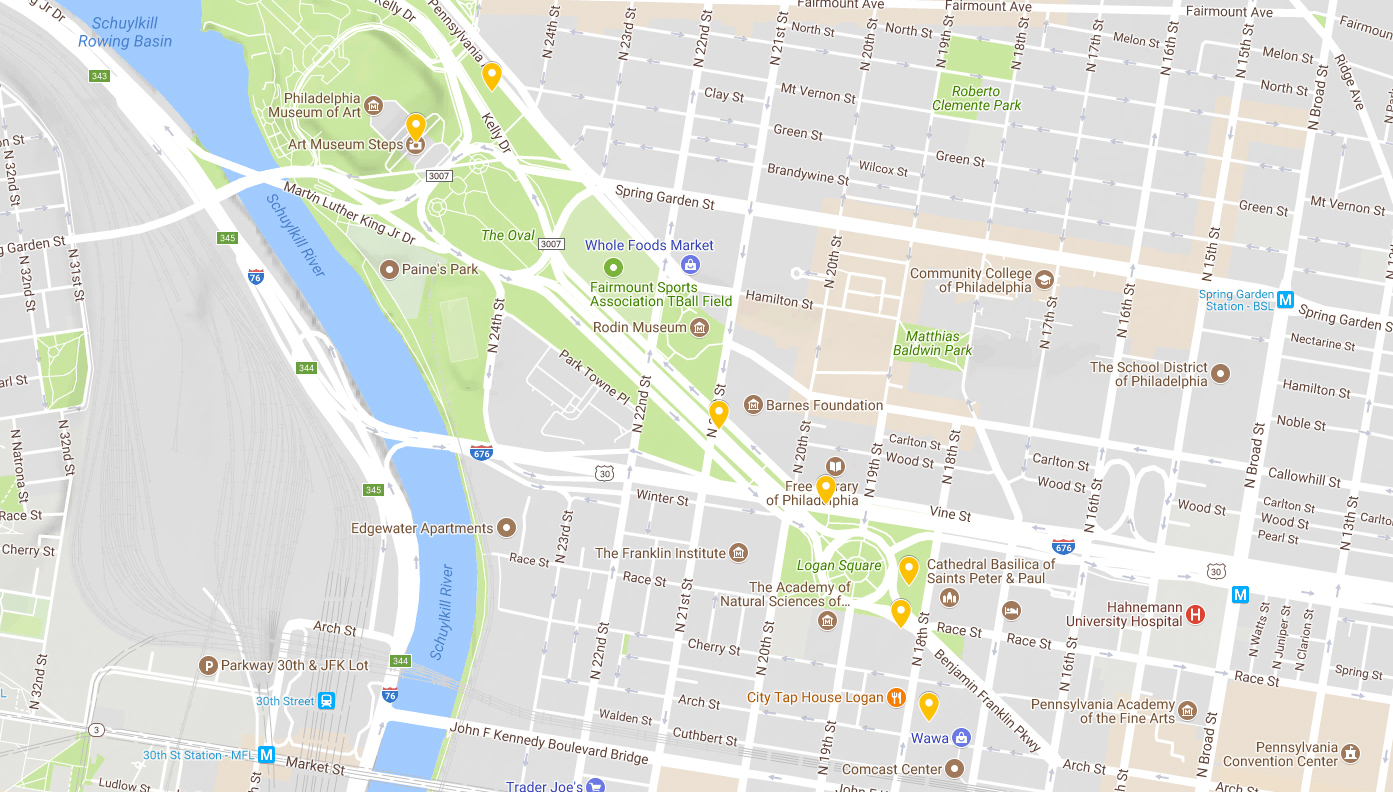 An official Fireflies headquarters on the Parkway, head to Iroquois Park and enjoy the illuminated pedicabs passing by. Nearly-nightly food trucks will be on site and picnicking is encouraged. Limited seating will be available. A new film about artist Cai Guo-Qiang will also be showing. Follow aPA on Twitter for the most up-to-date happenings at the Iroquois Park Hub!

An official Fireflies headquarters on the Parkway, head to Sister Cities Park and watch the illuminated pedicabs pass through Logan Square. The Logan Square Café (on site) will have extended hours with food and drink, and picnicking is encouraged. Limited seating will be available. A new film about artist Cai Guo-Qiang will also be showing. Follow aPA on Twitter for the most up-to-date happenings at the Sister Cities Hub!

The official hotel of Cai Guo-Qiang: Fireflies! Conveniently located across from Sister Cities Park, check out this bird’s-eye view of Logan Square and Swann Memorial Fountain. See Fireflies from above as they move up and down the Parkway. Food and drinks available.

Walk along the Benjamin Franklin Parkway

For an up-close look at Fireflies, take a stroll along the Parkway! Discover the Parkway’s impressive public art collection while you’re there, including sculptures by Henry Moore, Barbara Hepworth, Alexander Calder, Mark di Suvero, and Roxy Paine. Don’t forget to check out events at the cultural institutions nearby, including the Barnes Foundation, The Franklin Institute and Philadelphia Museum of Art, as well as Parkway 100 events.

Steps of the Philadelphia Museum of Art

Take in the full view of the Parkway from the steps of the Philadelphia Museum of Art.

Skygarten offers an authentic German biergarten and spectacular views of the Parkway from the 51st floor.