There are many fantastic events happening on and around the Parkway during Cai Guo-Qiang: Fireflies, including Opera Philadelphia’s Festival, The Franklin Institute’s Terracotta Warriors exhibit, and Parkway 100 events. See our recommendations below and make a night of it! Fireflies runs September 15 – October 8, 2017, Thursdays through Sundays from 6-10pm.

Fireflies is a major public artwork for Philadelphia by Cai Guo-Qiang, commissioned by the Association for Public Art (aPA) with Fung Collaboratives on the occasion of the Parkway Centennial. Twenty-seven customized pedicabs with hundreds of luminous, colorful lanterns will traverse the Parkway at night, drawing on memories of the traditional lantern festivals of the artist’s childhood. 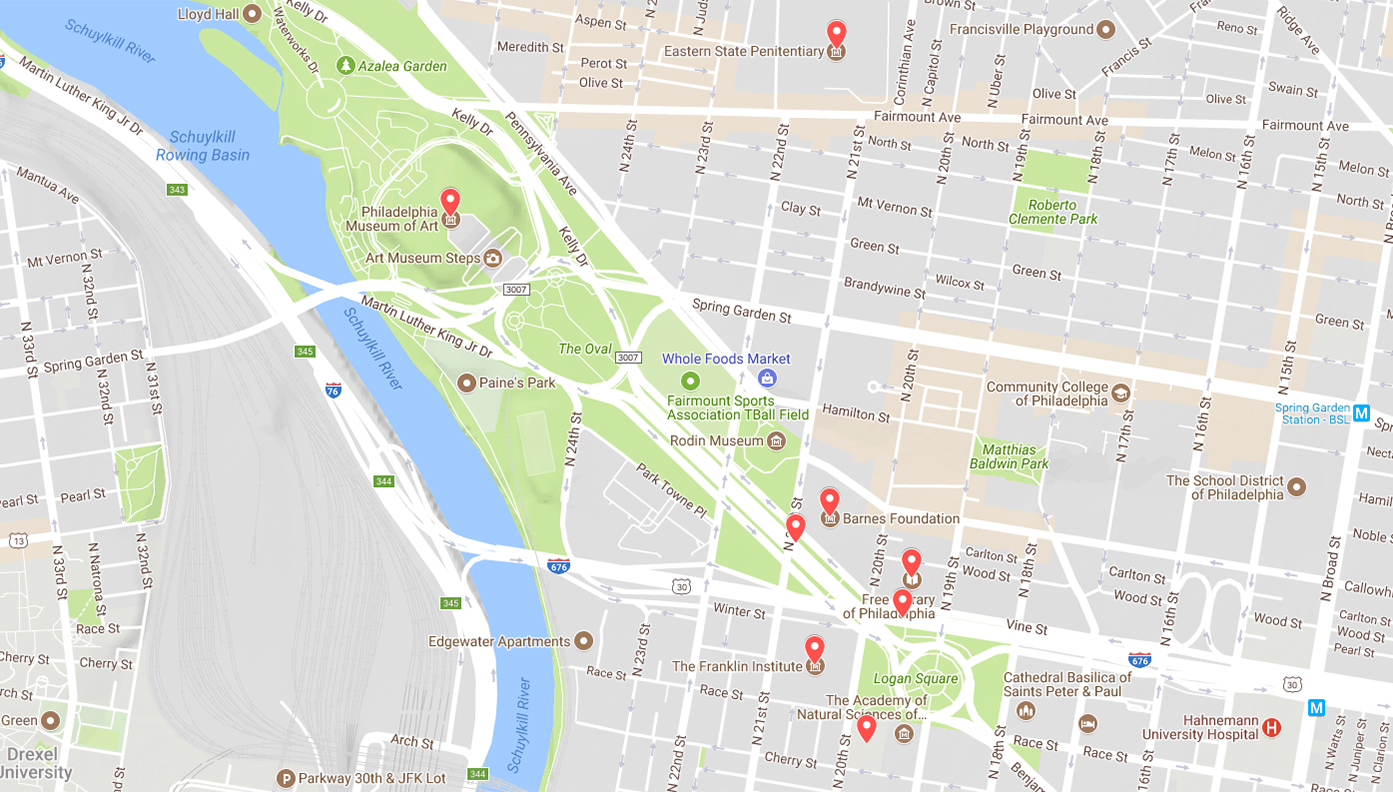 FringeArts presents its 21st annual Fringe Festival, a 17-day celebration of contemporary performance with more than 1,000 curated and independently produced shows throughout Philadelphia. Choose from theater, dance, music, visual art, and everything in between! Search for performances and purchase tickets.

Celebrate the centennial of the Benjamin Franklin Parkway with more than a year of exhibitions, events, community conversations, and promotions! See a list of Parkway 100 events.

Take a peak at the Corridor of Culture: 100 Years of the Benjamin Franklin Parkway special exhibition or reserve tickets to one of the many Author Events at the Library. Authors this season include Stephen Greenblatt, Adam Gopnik with Meg Wolitzer, Salman Rushdie with Claire Messud, and Jeffrey Eugenides. See a full list of Author Events.

Friday Nights at The Philadelphia Museum of Art

Enjoy live music and gallery access until 8:45 p.m, with cocktails and tapas-style dishes by Starr Catering. Performers this fall include Linda May Han Oh, Combo Melaza, and Ryley Walker.

Parks On Tap at Shakespeare Park

The Galleries at Moore College of Art

Attend opening receptions for the Narrative Horizons and Nick Lenker exhibits, as well as Fringe Festival events and a performance of The Loomstrument.

See a full schedule of events

Experience one of the country’s largest and top-rated haunted attractions inside a massive former prison in Philadelphia’s Fairmount neighborhood. Click here for more information, including dates, and prices.

The Franklin Institute – Terracotta Warriors of the First Emperor

Take a journey through one of the most significant archaeological discoveries in history—and explore the enduring mysteries that remain hidden within its depths. This is the only east coast engagement of a two-city exhibit tour! Click here for tickets.