The experience is guided by the listener: the path you choose dictates the music you hear, and no two visits will be exactly the same.

The Association for Public Art has partnered with the Mann Center to highlight sculptures to explore during this immersive audio experience. Here’s a look at how SOUNDWALK works and a map of artworks to visit as you listen!

Running now through September 30, 2021, the Ellen Reid SOUNDWALK is a free sound art installation from Pulitzer Prize-winning composer Ellen Reid that was tailor-made for Philadelphia’s Fairmount Park. Moving around the park in the highlighted areas below while using the GPS-enabled SOUNDWALK app triggers musical cells that were crafted to harmonize with the landscape and attractions. The project was co-commissioned by the Mann Center for the Performing Arts in association with Fairmount Park Conservancy, and recorded by musicians of The Philadelphia Orchestra and the SOUNDWALK Ensemble. 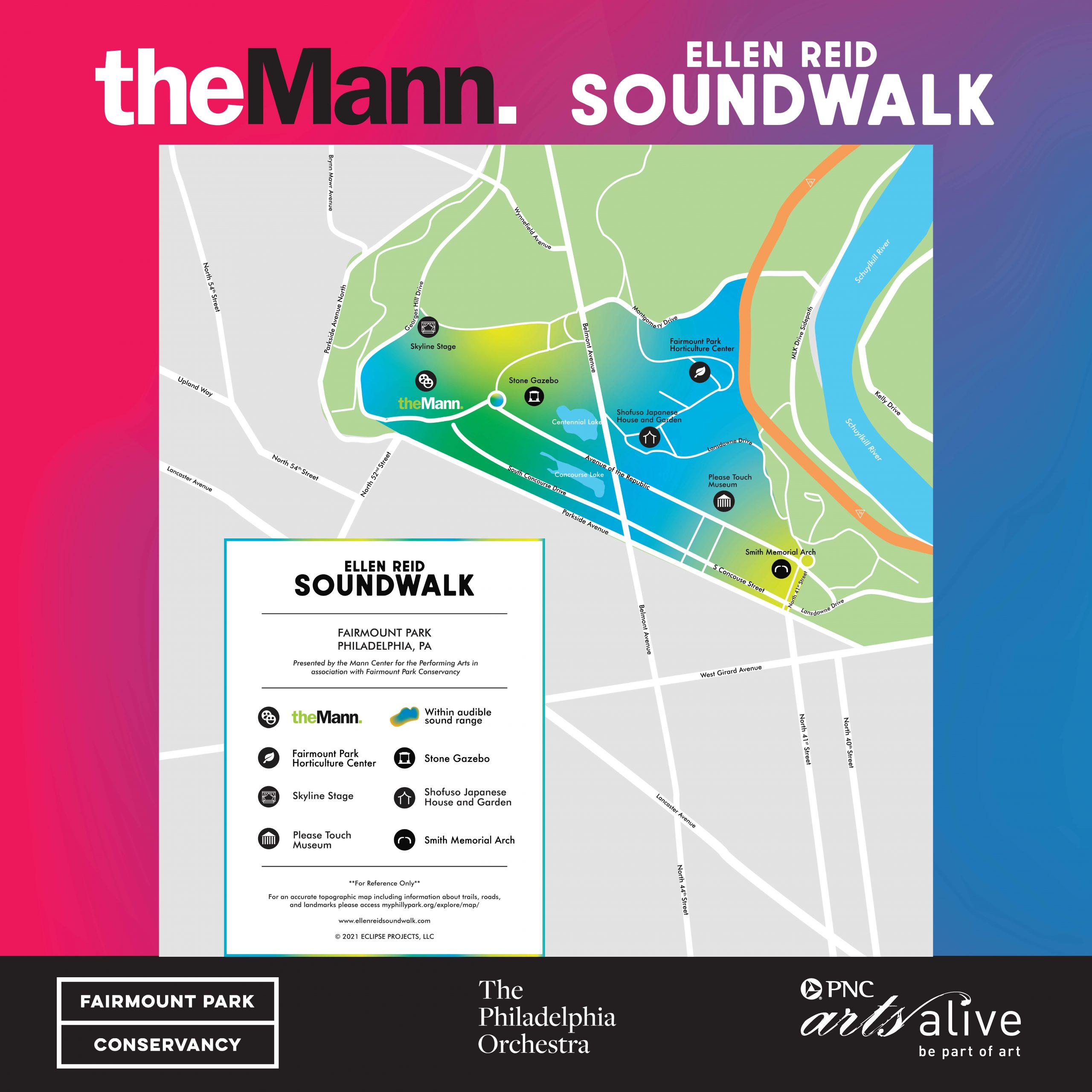 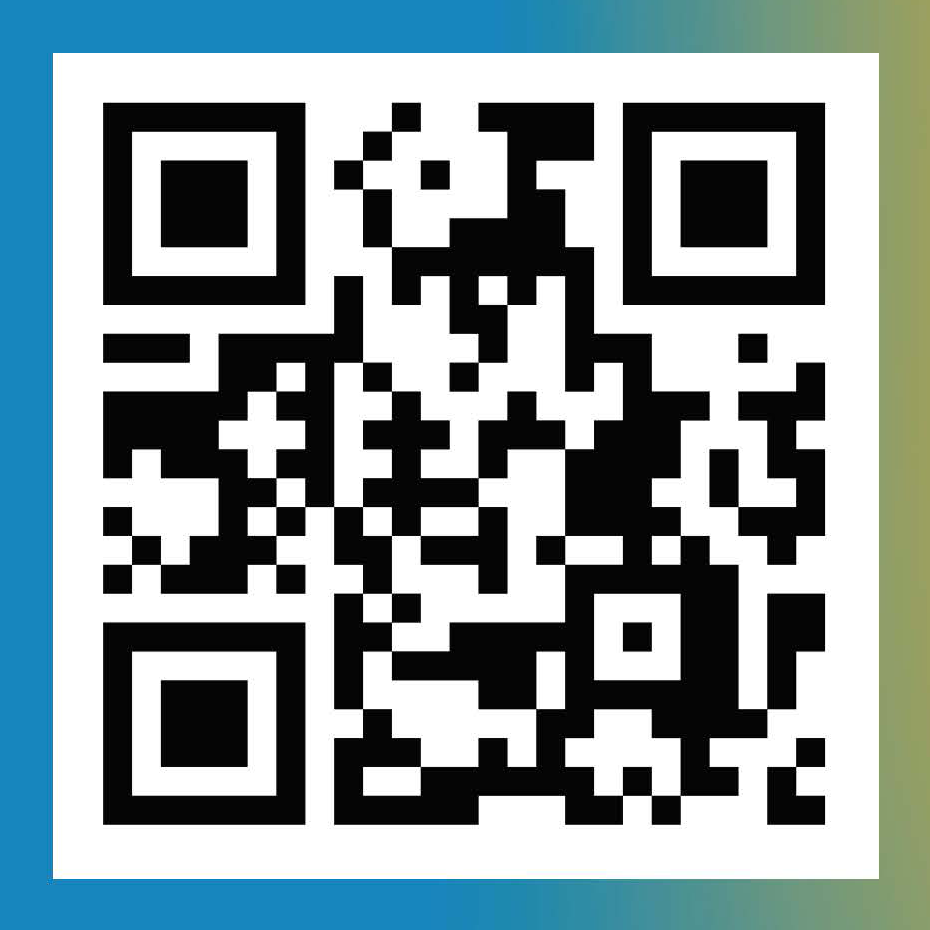 Install the free GPS-enabled SOUNDWALK app on your phone and move through the highlighted areas on the map above to listen to the compositions. The experience is guided by the listener: the path you choose dictates the music you hear, and no two visits will be exactly the same. Questions? Visit the FAQ page.

SCULPTURES TO VISIT DURING SOUNDWALK

Make your SOUNDWALK journey a full-fledged art experience! This area of West Fairmount Park has no shortage of outdoor sculptures and other public works to explore, including the Smith Memorial Arch, Pavilion in the Trees, and many others around the Horticulture Center. We’ve rounded up a selection of public artworks that are within the SOUNDWALK audible range, including ones that the Association for Public Art (aPA) has commissioned, acquired, and continues to conserve:

HIGHLIGHTS FROM THE MAP

The Smith Memorial Arch took 15 years to complete and was met with little fanfare because the project took so long – but it’s one of the most ambitious monuments of its period and serves as a gateway to Fairmount Park. It was made possible by Richard Smith, a wealthy Philadelphian and type founder who bequeathed a half million dollars to build a monument to Pennsylvania’s Civil War naval and military heroes. Smith left the design to architect James H. Windrim and the selection and supervision of artists to the Association for Public Art (then the Fairmount Park Art Association). There are two equestrians, three figures and nine busts, created by 12 different artists.

Pavilion in the Trees is one of the earliest public works by Martin Puryear, an important African American artist and one of the leading American sculptors working today. Inspired by the universal childhood longing for a treehouse, the Pavilion was commissioned by the Association for Public Art as part of its Form and Function program, and is still a much-loved place to relax and enjoy nature from a birds-eye view. A sixty-foot walkway leads across a natural basin to an observation platform – a square deck covered by a latticed canopy – that rises twenty-four feet above the ground.

The artist Daniel Chester French is well known as the creator of the Lincoln Memorial statue in Washington, D.C., and in Philadelphia, he sculpted the General Grant equestrian along Kelly Drive. His Law, Prosperity, and Power at the Mann Center idealizes the government in a lyrical form and material – marble – and was originally commissioned for the Post Office Building at 9th and Chestnut Streets. When that building was destroyed in 1937, the sculpture was given to the city and relocated to Fairmount Park with the help of the Association for Public Art (then the Fairmount Park Art Association).
NOTE: Contact the Mann Center at info@manncenter.org for access to this work.

This pair of bronze lions in front of the Mann Center are based upon originals at the 14th century Loggia dei Lanzi in Florence, Italy. Cast in 1849 from figures at the Imperial Head Mechanical Works near St. Petersburg, Russia, the lions once guarded Bartram Hall, the mansion of industrialist Andrew M. Eastwick near Philadelphia’s Bartram’s Garden. Eastwick purchased the lions when he and his business partners were in Russia to build engines and cars for the St. Petersburg & Moscow Railroad. The sculptures were donated by Mrs. Eastwick to the Association for Public Art (then the Fairmount Park Art Association) and given to the park in 1887.

In front of Memorial Hall, which was a main building for the 1876 Centennial Exhibition, stands two massive winged horses and their muses from Greek mythology: Erato, who represents love poetry and carries a lyre, and Calliope, who represents epic poetry and carries a scroll. Originally designed for an opera house in Vienna but deemed out of scale, the sculptures were purchased by Philadelphia businessman Robert H. Gratz and donated to the City for the Centennial. In 2017, the Pegasus sculptures underwent major conservation due to corrosion and structural issues, requiring the sculptures to be disassembled piece by piece.

More to Explore from the Association for Public Art

Discover our interactive map for public art in Philadelphia, self-guided tours, and stream fascinating sculpture stories with our Museum Without Walls™: AUDIO program.