Owned by the DePaul Group

Open Air Aquarium is a group of thirty unique abstract brushed stainless steel fish, mounted on 12-foot-high stainless steel poles at The Residences at Dockside at Penn’s Landing. Created by renowned Polish artist Magdalena Abakanowicz (1930-2017), Open Air Aquarium was commissioned by the developer, the DePaul Group, in cooperation with the Redevelopment Authority’s One Percent for Public Art Program.

Abakanowicz – who survived the Nazi’s occupation of Poland during World War II – is known for creating groups of multiple figures, each with slight differences. The artist writes: “A crowd of people or fish, insects or leaves, is a mysterious assemblage of variants of certain prototypes. A riddle of nature’s abhorrence of exact repetition, or inability to produce it. Just as the human hand cannot repeat its own gesture. I invoke this disturbing law, switching my own immobile herds into that rhythm.” 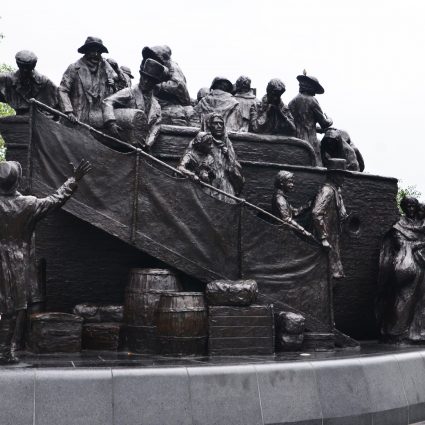 The Irish Memorial An Gorta Mor (The Great Hunger) 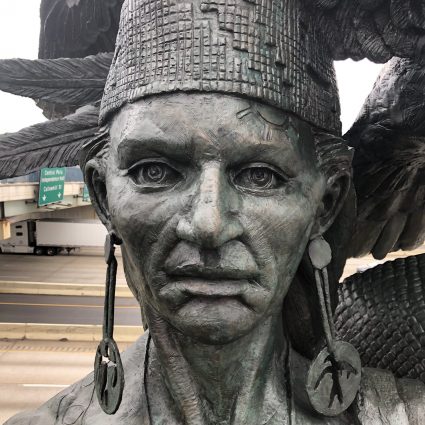 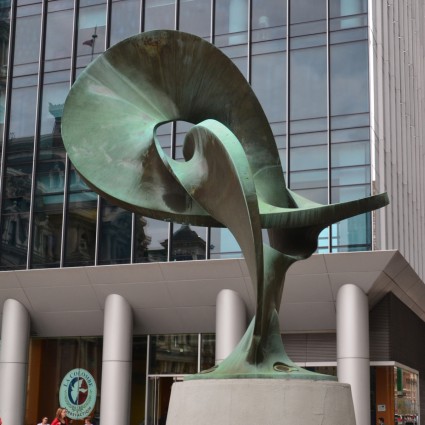 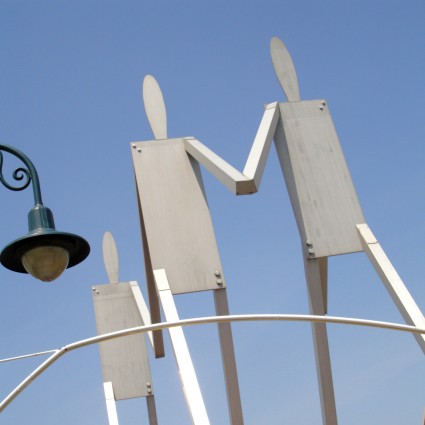