Inspired by The Dream Garden by Maxfield Parrish, the works in the lobby of the ARA Tower are incorporated into an architectural setting that includes a waterfall, trees and smaller plants, and a reflecting pool. Behind large marble columns the viewer sees a three-paneled acrylic-on-canvas mural by Ronald Bateman. In these panels a stream winds through an idyllic pastoral landscape, passing Philadelphia’s original waterworks (where City Hall now stands) and the Fairmount Waterworks. In the foreground the stream becomes a small lake that seems to spill out of the mural into an actual waterfall.

From left to right in the mural panels, the scene changes from early morning to midday to evening – a theme of passing time symbolized by the moving water and echoed in Walter Erlebacher’s two bronze nudes that flank the waterfall. The left-hand sculpture, S’élever, represents a woman rising from sleep; the figure on the right, S’endormir, is a woman preparing for sleep. The sculptures bring the dreamlike time of the murals into the present, offering what Erlebacher described as “allegories of the daily routine.” People rise, come to the building to work in their offices, and return home to sleep again as time passes. The project was initiated through the Redevelopment Authority’s Percent for Art program. The garden and waterfall were designed by Cope Linder in collaboration with Bower Lewis Thrower. 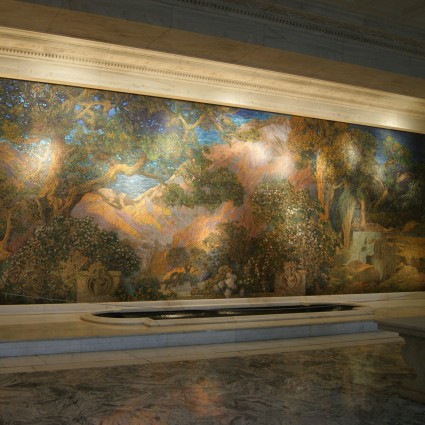 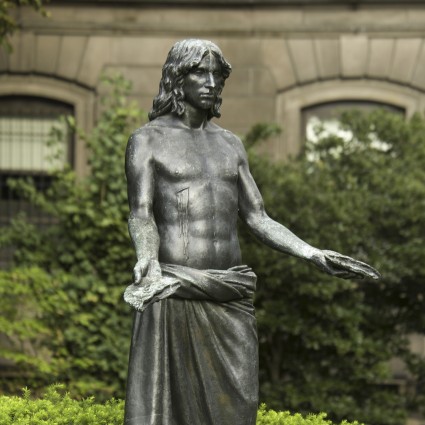