As in his other such projects, Haas first prepared a detailed maquette, and the mural was executed by professional sign painters…

In a long, multistory gallery at 2300 Chestnut Street, Alexander Milne Calder’s famous statue of William Penn appears to be undergoing repair. To the right rests a statue of Ben Franklin, and behind that is a view of the old B&O railroad station. Below street level, through a pair of arches, one can see the Schuylkill River with sculls passing by. All of this, however, is an illusion, produced by Richard Haas’s trompe l’oeil mural. The Calder statue is still on City Hall. The B&O station no longer exists. And those men in sculls – yes, they look familiar because they are from a well-known Thomas Eakins painting.

The wall paintings of Richard Haas have been called a form of “participatory” art because their witty deceptions tease viewers into becoming involved with the work. Haas has often collaborated with architects, and he is concerned with the integration of his murals into their surroundings. This mural, commissioned by the owners of 2300 Chestnut Street, reproduces the building’s actual cornices so faithfully that it may be difficult to recognize the painted ones as false. As in his other such projects, Haas first prepared a detailed maquette, and the mural was executed by professional sign painters from EverGreene Painting Studios of New York. 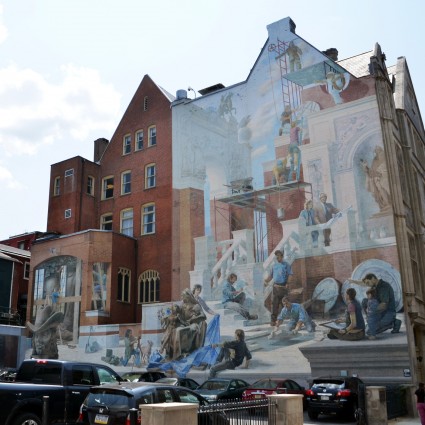 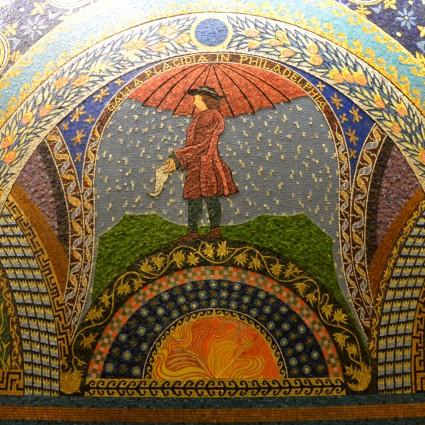 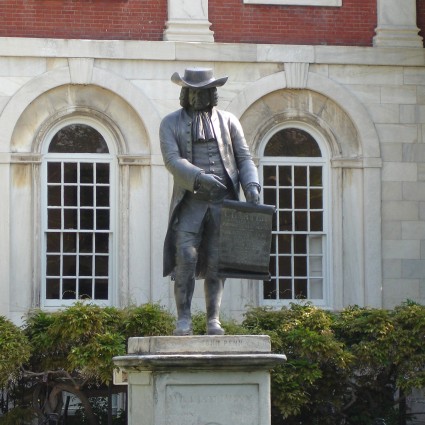