On May 27, 2020, Executive Director and Chief Curator of the Association for Public Art (aPA), Penny Balkin Bach, testified before Philadelphia City Council to address the future of the city’s cultural community as it confronts a proposed revised budget for FY 2021 that effectively terminates funding for both the Office of Arts & Culture and the Philadelphia Cultural Fund, which provides direct general operating support to over 300 arts organizations across the city. The budget also significantly cuts funding for Parks and Recreation, Libraries, Streets, Public Health, Homeless Services, and other departments.

In her testimony, Bach raised concern over the detrimental effects of a deprived cultural economy, and urged the city to continue its financial support for arts and culture in Philadelphia:

Thank you for the opportunity to express my concern and support for the Office of Arts, Culture & the Creative Economy, the Philadelphia Cultural Fund, and the City’s Public Art Program — which all face elimination in the City’s revised budget.

My name is Penny Balkin Bach, and I am the Executive Director of the Association for Public Art, which is a recipient of support from the Philadelphia Cultural Fund.

Like many of you, I wear a few hats. I am a proud native Philadelphian. I am the Chair of the City’s Public Art Advisory Committee, and I have served on the Mayor’s Cultural Advisory Council over the course of five Mayoral administrations. Accordingly, it troubles me to think – after all this time, progress, and public appreciation – that we may be facing a devastating blow to support for the cultural community and the neighborhoods and communities that benefit from our creative work.

And I do mean WORK. The arts and culture community not only offers creative approaches to civic life – so dearly needed in our current environment – but collectively we are a job-creating engine, a unifying and humanistic force, a tourism catalyst, an education provider, and an all-around economic benefit to the City.

Given the unexpectedly dire financial crisis that the City is facing, I understand that extremely difficult cost-saving decisions must be made. However, cuts to arts and culture will have an adverse trickle-down effect on the well-being and economic health of the City. I will leave it to others to explain how the sector drives billions in economic impact.

Importantly, Philadelphia has one of the largest and most important collection of public art in any American city; and as Chair of the City’s Public Art Advisory Committee, I urge support of the City’s Public Art Program, which professionally manages commissioning, conservation, and collection management, including donation, placement, removal, relocation, and deaccession – as the steward of over 1,000 works of public art in neighborhoods throughout the City.

Thank you for your daily concern for Philadelphia and its citizens, and again I urge you to continue financial support for arts and culture in Philadelphia. 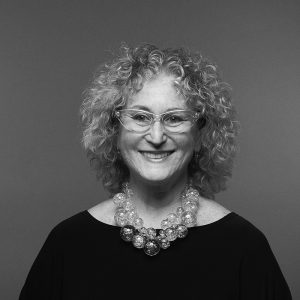 PENNY BALKIN BACH is the Executive Director & Chief Curator of the Association for Public Art (aPA, formerly the Fairmount Park Art Association). A curator, writer, and educator who provides artistic direction for the organization, she is well known for her work with artists and for her innovative approaches to connecting public art with its audiences. She supports the creation of opportunities for new works by artists and creative professionals, promotes the interpretation of art in public spaces, and advocates for the responsible stewardship of public art. She has served on numerous local, national, and international public art juries and conservation advisory committees. She currently serves on the Mayor’s Cultural Advisory Council for the City of Philadelphia, where she is Chair of the City’s Public Art Advisory Committee.

To read and listen to more testimonies, visit theartblog.org