Head to Maja Park for live music on Monday nights!

This series is presented by Park Towne Place Museum District Residences, The Parkway Council Foundation, Philadelphia Parks & Recreation, and The Office of Arts, Culture, and the Creative Economy.

About Maja and Maja Park 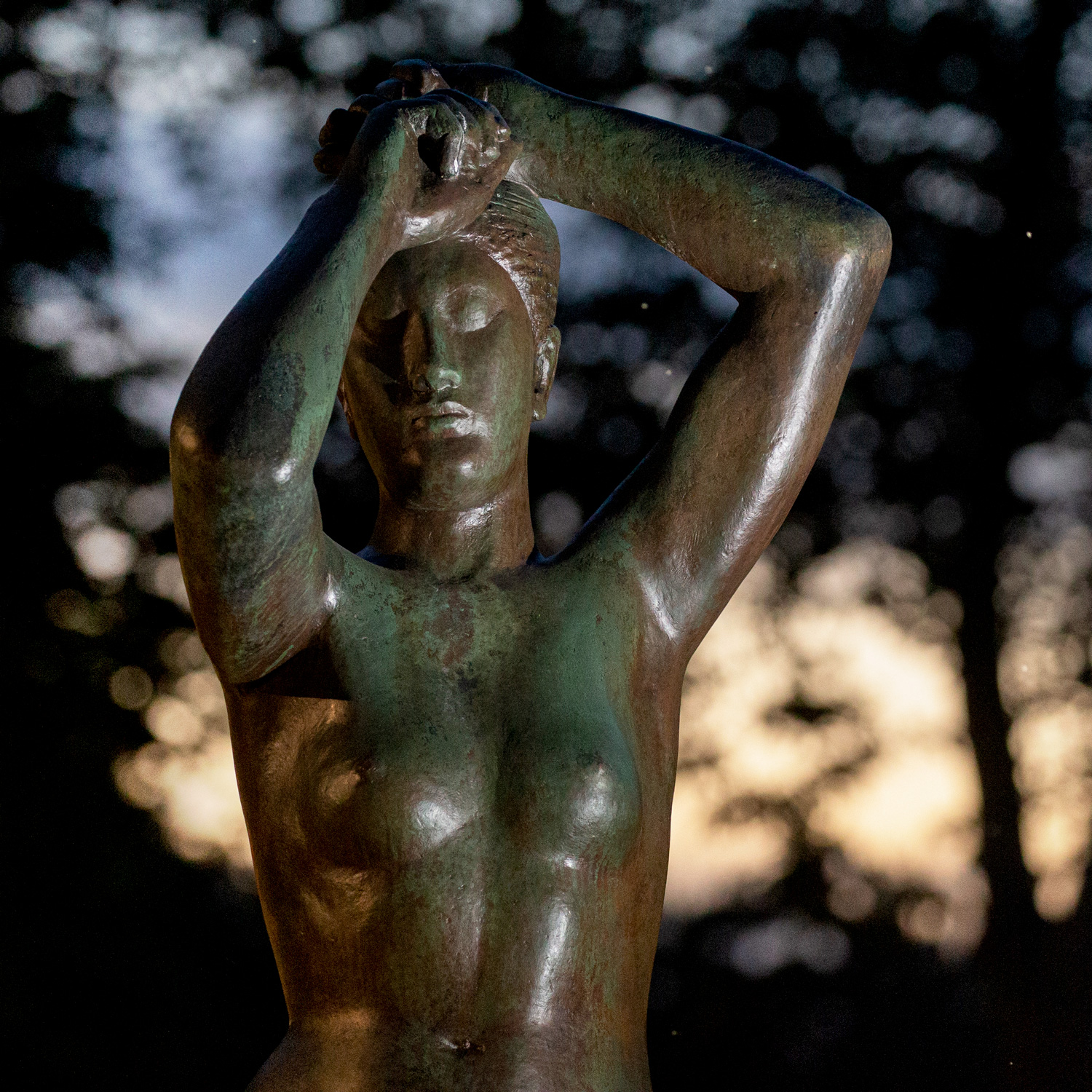 After more than 25 years out of public view, Gerhard Marcks’ bronze Maja (1942) sculpture (pronounced \MAI-uh\) was reinstalled on the Benjamin Franklin Parkway by the Association for Public Art (aPA) in March 2021 in this new public park named after the sculpture, Maja Park. Maja was purchased by the Association in 1949 and installed on the Philadelphia Museum of Art’s East Terrace for decades, but was placed into storage in 1992 due to site renovations. The artist, Gerhard Marcks, was one of the most important German artists of the 20th century, and targeted by Nazis for his “degenerate art.”

The creation of a new public park on the Parkway – not far from where the sculpture originally stood – was the perfect opportunity and appropriate site for reinstalling Maja that the Association had been looking for. Designed by Ground Reconsidered, Maja Park was developed as a private/public partnership between AIR Communities, which owns the adjacent Park Towne Place Museum District Residences, and Philadelphia Parks & Recreation, with support from the Commonwealth of Pennsylvania.

Photos Meredith Edlow © 2021 for the Association for Public Art

After years in storage, Gerhard Marcks’ bronze Maja recently returned to the Benjamin Franklin Parkway in a new public park, “Maja Park”. The sculpture once stood on the East Terrace of the nearby Philadelphia Museum of Art for decades.