At night, from a distance, the bridge’s towers and curving suspension cables emerge with a blue phosphorescent glow. At closer range, the vertical cables also appear, forming a delicate veil across the river. Rather than imposing a decoration, the lights make visible the structural grace of this 1926 engineering and architectural landmark. And when the computer sets the lights pulsing, the effect can be magical. Currently the lights are programmed to create a wave-like motion whenever a train crosses the bridge.

At the foot of each of the 256 vertical cables, a set of metal halide spotlights shines up toward a conical reflector mounted at the top.

The project began in 1986, when the Benjamin Franklin Bridge Lighting Committee was formed by then City Representative Dianne Semingson. Soon the PENJERDEL Council, a tri-state association of business and industry leaders, became the committee’s sponsor, and a competition was held to select a lighting design. The winning proposal was submitted by Venturi, Rauch and Scott Brown, the firm that designed the Ghost Structures at Franklin Court. Steven Izenour, project architect for the firm, developed the concept in collaboration with his father, noted theater designer George Izenour.

At the foot of each of the 256 vertical cables, a set of metal halide spotlights shines up toward a conical reflector mounted at the top. The state and city seals on the masonry anchor piers are illuminated, and each tower is crowned by a large phosphorus halide light tube. The entire system is governed by computer. In addition to Steven Izenour, Miles Ritter and Malcolm Woollen served as project architects. Although the lighting can be seen from many vantage points, it is virtually invisible from the bridge roadway; therefore it presents little distraction to drivers. In 1988 the lighting system won an Award of Merit for Urban Design Excellence from Philadelphia’s Foundation for Architecture. 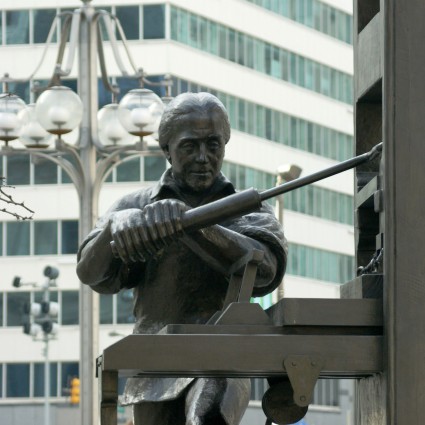 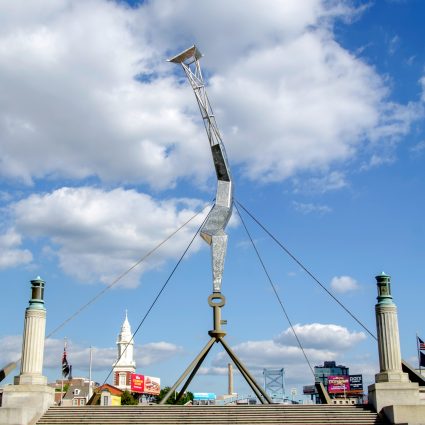 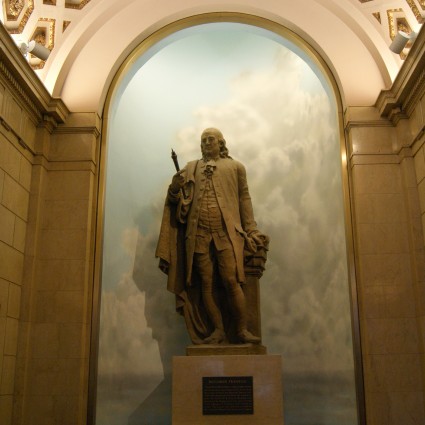