A new breed of art lover 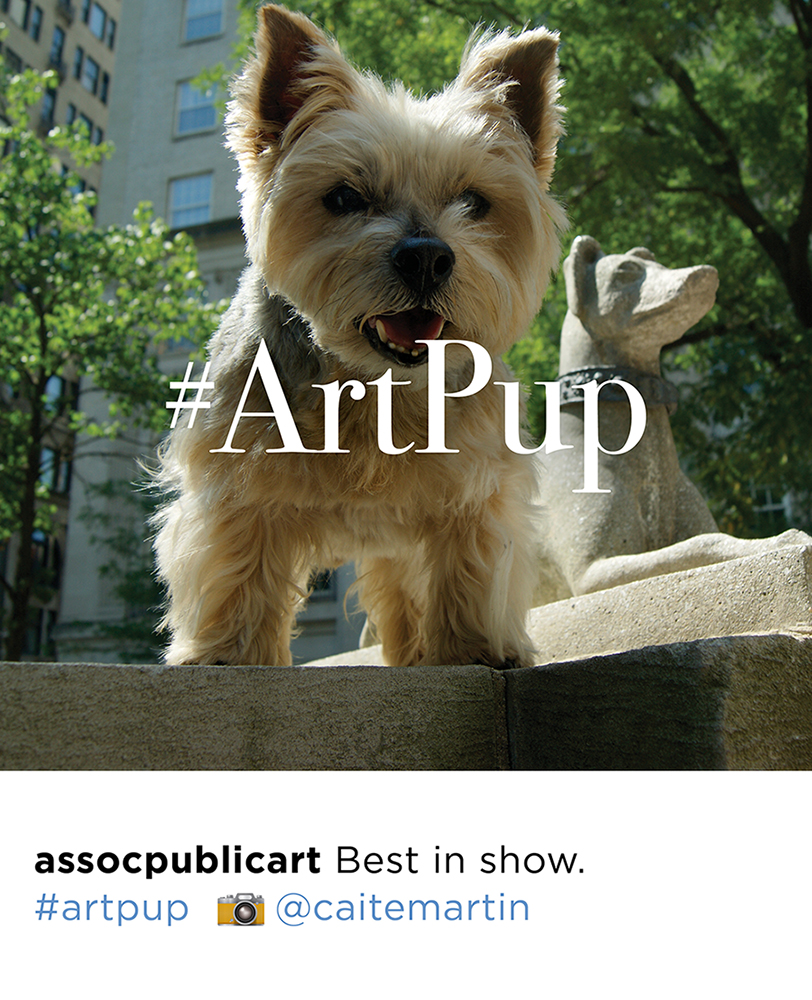 #ArtPup is presented by the Association for Public Art (aPA) with lead support from Park Towne Place Museum District Residences.

Maybe your four-legged friend looks like the Greyhound Sculptures in Rittenhouse Square, or you pass Iroquois on your daily dog walks, or you enjoy a moment of respite at Playing Angels with your pooch. Whatever inspires you to snap a pic, show us your #ArtPup!

Whether your pup is imitating, appreciating, or simply looking cute, we want to see your dog with outdoor sculptures in Philadelphia. Share your photos using #ArtPup on Facebook, Twitter, or Instagram and be entered for a chance to win prizes for you and your four-legged friend, including a free two-night staycation at Kimpton Hotel Palomar Philadelphia (dog-friendly) for first place and other pup-friendly prizes. Enter now through September 30, 2018.

Join us for two #ArtPup events free with registration:

Dog Walk & Public Art Tour
Saturday, September 29, 2018 | 10am-12pm
Ramp up your routine by taking your pup out for a public art tour around the Philadelphia Museum of Art and along Kelly Drive. Meet at Iroquois Park, 24th Street and Pennsylvania Avenue.

Use #ArtPup for a chance to see your fur ball featured online and in Dilworth Park. We’ve also teamed up with several animal shelters throughout the city to share #ArtPup(s) that are up for adoption, as well as Philly-based dog celebrities on Instagram who will make online appearances. Follow us on Instagram to see more.

(Please note that being featured does not necessarily mean that you have won the contest.) 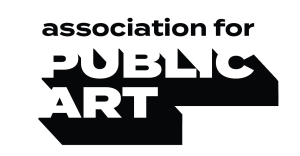 Our panel of guest judges – Peter Crimmins, Meredith Edlow, Patrick Hardy, Richelle Kota, and Jennifer Rodríguez – made their selections based on quality, composition, originality, and appeal, and all submissions were anonymized and randomized before being reviewed. There were so many fantastic (and adorable) entries that we have also included some staff favorites below. Thank you to everyone who participated and shared their special #ArtPup(s) with us!

1ST PLACE goes to Duke the Aussiedoodle (@duke_da_doodle on Instagram) at the entrance of the Perelman Building of the Philadelphia Museum Art.

2ND PLACE goes to Bandit the pitbull mix (@chuckseye on Instagram) with Jacob Epstein’s Social Consciousness behind the Philadelphia Museum of Art.

3RD PLACE is Sailor the Italian Greyhound (@sailortheiggy on Instagram) with the Greyhound Sculptures in Rittenhouse Square.

Prizes for Best in Show

The winning #ArtPup photos will receive some great prizes, including a staycation at Kimpton Hotel Palomar Philadelphia, a “spa day” at Doggie V.I.P. + Pretoria Salon + Spa, and gifts from Doggie Style Pets and Trend Eye Care.  A panel of judges appointed by the Association for Public Art (aPA) will select the first, second, and third place winners based on the quality of the photo, composition, originality, and appeal. The winners will be notified via Instagram or email and announced on our Instagram page. See below for details and rules.

*Kimpton Hotel Palomar Philadelphia date restrictions may apply and will be based on availability.

Post a photo that you personally took of your dog with a public sculpture in Philadelphia to your public Instagram, Facebook, or Twitter account and include #ArtPup within the caption of the post. If your social media profile is not public, the photo will not be automatically entered into the contest and you must instead submit your photo and caption through the contest entry form.

Meet the judges! Our guest panel for the #ArtPup photo contest chose the first, second, and third place winners based on quality, composition, originality, and appeal. See the winners here. 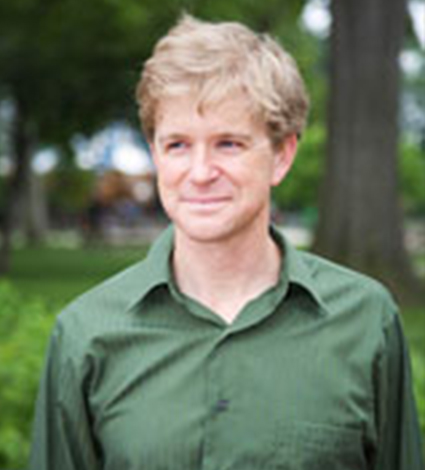 WHYY Arts & Culture Reporter Peter Crimmins has been involved in radio since he was a child, building radios from crystal diode kits. He first went on the air at the University of California, Berkeley, where he produced and hosted a weekly show about cinema.

After moving across the country, he started working for the WHYY newsroom in Philadelphia in 2008. Crimmins rides his bike to work – rain or shine – from Fishtown. 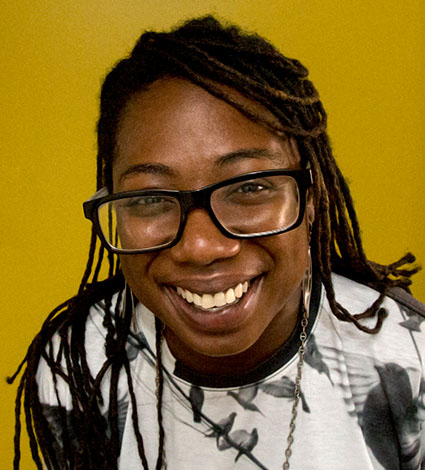 Her Instagram account has been recognized by Time Magazine as one to follow and her work has been published in outlets around the globe, online and in print. 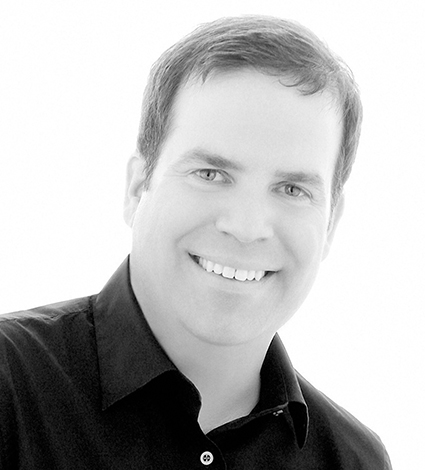 Hardy’s writing has given voice to some of the region’s most notable brands, including Verizon, PECO Energy, Exelon, Commerce Bank, Independence Blue Cross and Martin Guitars. Notably, he oversaw the merger of PECO and ComEd and the highly successful launch of TD Bank. 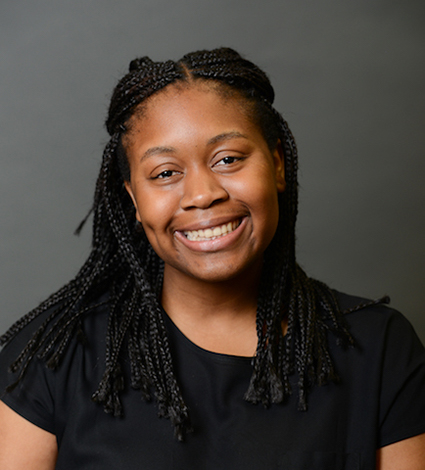 Richelle Kota is the Lead Teaching Assistant for the Teen Photo program at Philadelphia Photo Arts Center. She is also a writer, nature enthusiast, and recent graduate living in Philadelphia. In 2017 she released her first self-published work, Where There Were Roses: A Memoir Through Poems.

Her work has been published by Yes Poetry, Peach Mag, Breadcrumbs Mag, Cordella, Visual Verse, and Recenter Press. She aspires to live a very simple life on a farm with many pigs, goats, and dogs. 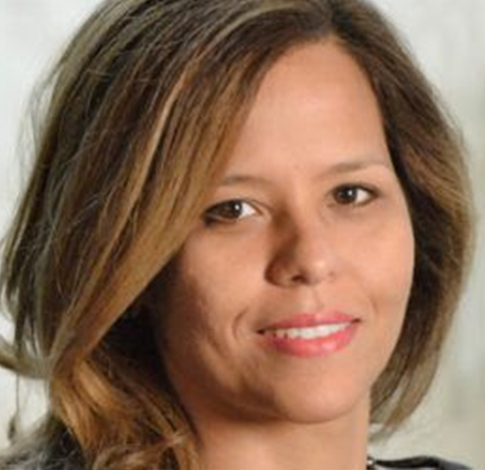 Jennifer Rodríguez is President and CEO of the Greater Philadelphia Hispanic Chamber of Commerce and a board member of the Association for Public Art (aPA).

She was previously appointed by Mayor Michael A. Nutter as the Executive Director of the Mayor’s Office of Immigrant and Multicultural Affairs, where she oversaw the implementation of policies and programs that have placed Philadelphia among the most welcoming cities in the nation.

Our panel of guest judges – Peter Crimmins, Meredith Edlow, Patrick Hardy, Richelle Kota, and Jennifer Rodríguez – made their selections based on quality, composition, originality, and appeal, and all submissions were anonymized and randomized before being reviewed. There were so many fantastic (and adorable) entries that staff favorites will also be posted to our social media channels. Thank you to everyone who participated and shared their special #ArtPup(s) with us!

Use #ArtPup to be featured here and in Dilworth Park

Throughout September 2018, the Association for Public Art is selecting #ArtPup submissions to be featured on this page as well as the digital screen at Philadelphia’s Dilworth Park. Be on the lookout for your pooch!

Also follow us on Instagram to see featured pups, including adoptable dogs through the Morris Animal Refuge, PSPCA, and PAWS, and local dog celebrities taking over our account, including Cavanaugh the Bernese Mountain Dog, Otter the Pitbull, and Pippa the Corgi.

Please note that being featured on this page does not necessarily mean that you have won the contest.

#ArtPup is presented by the Association for Public Art with lead support from Park Towne Place Museum District Residences. The #ArtPup Photo Contest is supported by Kimpton Hotel Palomar Philadelphia.

Free #ArtPup Events Worth Sniffing Out

You and your doggo are invited to a Yappy Hour and official kick-off of #ArtPup. Refreshments for people and pooches will be served.

Ramp up your routine and bring your pup for a public art stroll around the Philadelphia Museum of Art and along Kelly Drive.

>>See PHOTOS from the event

Thank you to our pup-friendly partners and supporters!

Lead support for #ArtPup is provided by Park Towne Place Museum District Residences and promoted in partnership with the Office of Arts, Culture and the Creative Economy.